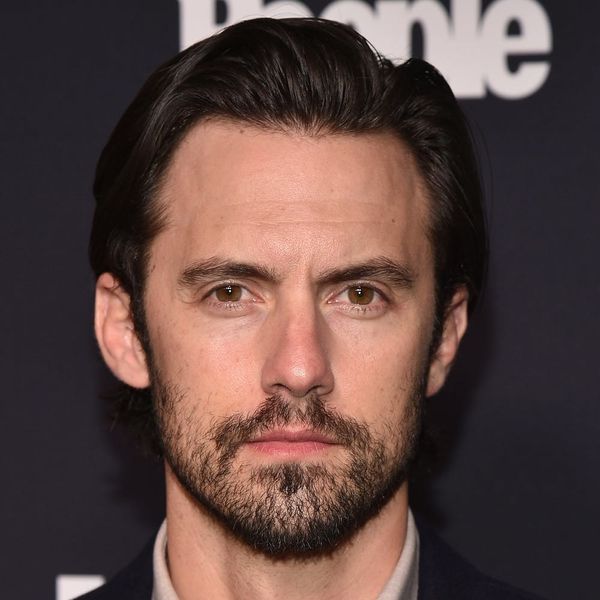 Milo Ventimiglia, who plays Jess Mariano on Gilmore Girls, may not think his character is the father of Rory’s baby, but that doesn’t mean Jess won’t be a part of her life in the future.

The This Is Us star spoke out on Jess and Rory’s relationship with People and Entertainment Weekly for an episode of The Jess Cagle Interview: Milo Ventimiglia, and he had some pretty sweet predictions for the pair.

Fans have been in a tizzy since the finale of Netflix’s Gilmore Girls: A Year in the Life, when Rory and Lorelai uttered the final four words that left us shell-shocked: “Mom?” “Yeah?” “I’m pregnant.”

While viewers had their money on Logan as the father and Lauren Graham was placing bets on the Wookie, Rory’s other former BF, one Jess Mariano himself, had his own theories about who her baby daddy could be, saying that he didn’t believe any of the popular theories and revealing in an interview with MoviePilot that it wasn’t Mariano’s. “Just so you know, it’s not Jess’s kid,” he revealed to the outlet.

Now he’s telling People and EW that when it comes to Rory and Jess, there will always be a connection. “I think that he’s never going to not love her. Now, that doesn’t mean it’s a romantic love — it just means, I think, the two of them found something deep, a connection so deep when they were so young that even though their lives went on different paths, different directions, they had that,” the actor revealed. “They had that together and you never lose it.”

So… friends forever? We’re not so sure, especially after that longing final glance Jess threw her way in the finale. “Jess absolutely loved Rory still — absolutely did,” the 39-year-old clarified. “But it was also like the moment was passed. Or was it not? I don’t know… I didn’t write the show, so I don’t really know. I just know that [Amy Sherman Palladino] wanted me to look lovingly in the direction of Rory, played by the great Alexis Bledel, and I did.”

Hmmm. Interesting! Especially since Ventimiglia also seemed to backtrack a little on his previous affirmation that Rory’s baby daddy isn’t, in fact, Jess. “…Fans are like, ‘Oh my God, is it your baby?’ I’m like, ‘I don’t know,’” he replied. “It could be — I don’t think it is — but it could be.”

What do you think of Milo Ventimiglia’s take on his character’s relationship with Rory? Sound off over on @BritandCo.

Nicole Briese
Nicole is the weekend editor for Brit + Co who loves bringing you all the latest buzz. When she's not busy typing away into the wee hours, you can usually find her canoodling with her fur babies, rooting around in a bookstore, or rocking out at a concert of some sort (Guns N' Roses forever!). Check out all her latest musings and past work at nicolebjean.com.
Gilmore Girls
TV
Gilmore Girls
More From TV