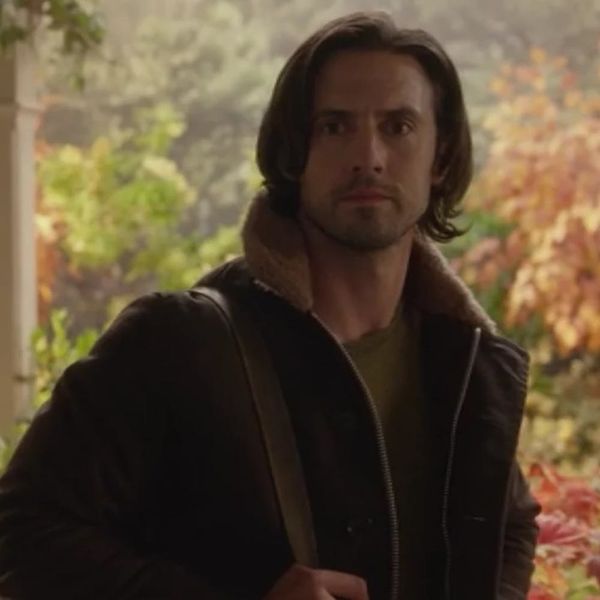 Spoiler alert: If you haven’t watched Gilmore Girls: A Year in the Life… what the heck have you been doing?! For those who are in the know, read on, because OMG! Milo Ventimiglia, the dude who plays Rory’s bad-boy ex Jess, has a theory about the identity of the father of Rory’s baby, and it may totally shock you.

Though we may have assumed the #TeamJess vs. #TeamLogan sitch would end with the four new episodes, we were so totally wrong. With the final four words — “Mom?” “Yeah?” “I’m pregnant.” — the debates sparked up all over again.

But this time around, the big question is: Who’s the baby daddy? Could it be Logan, who Rory was still, er, involved with? Perhaps it’s whatshisname, um, Paul, the dude that Rory was dating but can barely remember. And there are those who are still holding out hope for Jess. There was that longing look he gave Rory that set our hearts aflutter.

But Milo, the man behind Jess, has his own thoughts, telling Variety, “I don’t think it’s any of the three guys at all.” Whoa. Wha?!

Though he did add, “I haven’t really sat around and thought about it [and] wondered who it was. I’ll be as surprised as anyone else is.” HOLD ON! You will be?

Does that mean a big reveal will eventually happen? Could this be a tiny slip indicating more episodes may indeed be on the way? *fingers crossed*

Do you think we’ll eventually find out who Rory’s baby-daddy is? Tweet us @BritandCo!