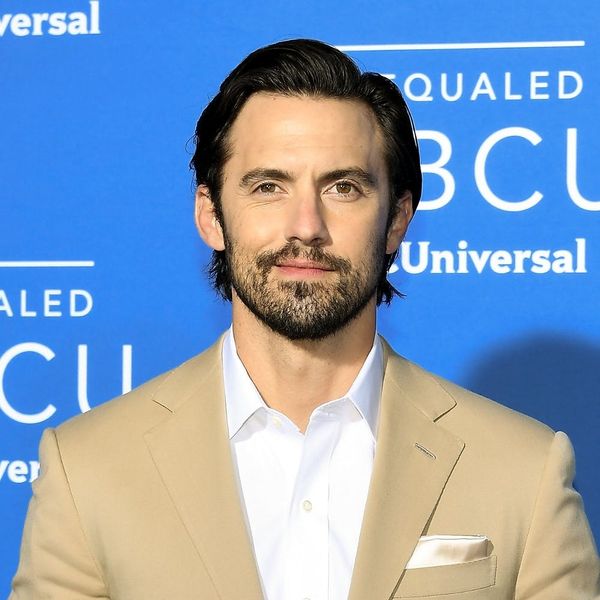 Milo Ventimiglia loves to give fans insider tidbits about his super popular shows, like the detail he just revealed about This Is Us that would have completely ruined the series. And while he’s already dashed our hopes with the worst news about Gilmore Girls’ Jess, he’s now let us in on a major fact about the father of Rory’s baby.

We may have been left guessing who was involved when Rory found herself pregnant at the end of Gilmore Girls: A Year in the Life (*such* a brutal cliffhanger, BTW), and while Ventimiglia may not be able (or willing?) to reveal who the baby-daddy actually is, he does know one thing that he’s totally willing to share.

“Just so you know, its not Jess’s kid,” MoviePilot reported the 39-year-old actor told fans who were attending the Heroes & Villains Fan Fest in London on Saturday. Though this might not be a huge shock (it’s much more likely that one of the other fellas in Rory’s life is the father of her baby — bestie/cheating Logan? Easily-forgettable boyfriend Paul? Or one-night-stand dude perhaps?), this is still pretty darn disappointing to anyone who’s firmly on #TeamJess.

What do you think about Milo V’s admission about Rory’s baby-daddy? Let us know @BritandCo!

Desiree O
Desirée O is a ‘Professional Bohemian’ who loves anything and everything related to the arts, entertainment, and pop culture. She ADORES being a ‘Newsy’ for Brit + Co, covering all of the latest tidbits of awesomeness that you want to read about. When she’s not writing, she’s either making messy art, going on long adventurous walks with her camera, or poking around over at bohemianizm (http://www.bohemianizm.com/). You can find out about Desirée O and her work at http://DesireeO.com/ or follow her on Twitter @DesireeO.
Gilmore Girls
TV
Gilmore Girls
More From TV