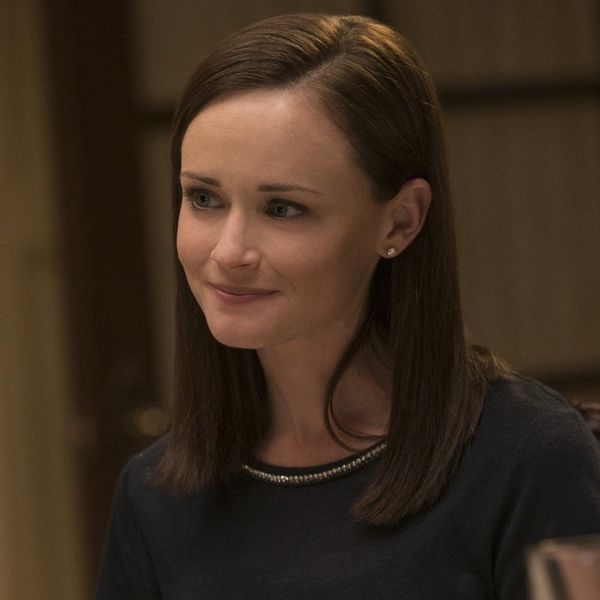 If you’re still attempting to avoid Gilmore Girls’ spoilers, you’ll want to turn back now because we’re about to get right into Rory’s totally shocking sitch. While we finally know what those famous last four words were (did you guess or were you blown away?) and plenty of peeps are questioning Rory’s behavior (could she in fact be the worst?), those final four words could very well throw her for the biggest loop of her life. Although, according to the show’s creator, they may not in fact mean what you think they mean.

“Mom,” Rory says as she and Lorelai sit together on the steps of the Stars Hollow gazebo.

Bam! There it is! Rory’s pregnant? Is the father who we assume it is? Rory is going to be a mom? Another Gilmore baby (a girl?!) is on the way??? Well, maybe not.

According to the woman who created the series in the first place, Amy Sherman-Palladino, Rory has some big decisions ahead of her, including whether or not to have the baby. “There’s nothing harder in the world than being a parent,” Amy told BuzzFeed. “And if you are not equipped mentally, financially, emotionally, to take that on, you can’t do it because the consequences are ridiculous.”

Granted, Rory is 32 in the revival, which is a totally typical age to have a baby, but with the younger Gilmore’s life in wild disarray, there’s no doubt that this would be a tough decision one way or another.

Amy continued, “The abortion issue is so weird, you know, because it’s so testy with the world… But I think that somebody as smart as Rory is going to take a step back and look at all the angles, and then make her decision, because it’s too important a job to make the wrong decision when it comes to kids.”

Very true. And although we may never know what Rory chooses, this is just another reason we’re so eager for the possibility of even more GG episodes in the future.

Do you think Rory would have the baby or make another choice? Tweet us @BritandCo!