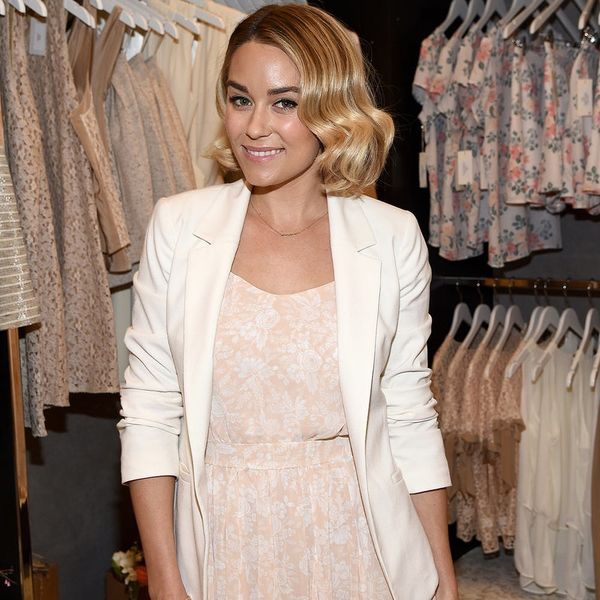 Getting started in your career is no easy feat. More competition than ever before + a crappy economy aren’t exactly a great combination. But you’ve got dreams, girl, and you shouldn’t let a couple hurdles get you down. If you’re in need of some inspiration to keep on trekking, look to these 15 girl bosses and absorb all the professional wisdom they have to give.

1. Pay your dues. J.Crew’s creative director, Jenna Lyons, is practically the poster child for working your way up. At 21 she joined the company as an assistant to the assistant to the person in charge of rugby shirts. 24 years later, she’s president and executive creative director to the billion-dollar brand. “There’s this idea that everybody has to have everything right away,” Lyons tells Marie Claire. “But you have to let the slow burn happen. I wasn’t the superstar. I had to work for it. Really long hours.” (photo via Dimitrios Kambouris/Getty)

2. Have a definite vision. YouTube beauty vlogger Michelle Phan tells Forbes, “Just like you wouldn’t set out on a road trip without knowing if you are going east or west, you have to know what you want to accomplish. I knew I wanted to inspire women and build confidence, so everything [from that point on] was built around that goal.” (photo via Dimitrios Kambouris/Getty)

3. Take advice with a grain of salt. When you’re just starting out, you’re bound to get loads of different advice from everyone you talk to. You should definitely take it all in, but don’t let it scare you out of doing something you feel is right. “It’s important to take advice but not all of the advice,” Nasty Gal’s founder Sophia Amoruso tells Who What Wear. “It’s good to learn from other people’s mistakes, but you have to learn from your own too.” (photo via John Sciulli/Stringer/Getty)

4. Don’t let the roadblocks distract you. In an interview with Glamour, writer, actress and producer Mindy Kaling says, “My advice is always not to focus on anyone telling you you can’t do anything or the politics of your situation, but to just focus on the situation…. I could spend my entire life, doing panels on being a chubby woman of color writing a TV show, and it would be useful to some people, but I wouldn’t be writing my TV show. And all my competition, all the white men who are doing the same thing as me, are not doing those panels — they’re just getting better and better at their job.” (photo via Mike Windle/Getty)

5. Set achievable goals. While you might have a few major career goals you want to achieve (i.e. becoming a CEO, earning a degree, etc), it’s also important to set short-term goals that will help get you there. On her blog, Lauren Conrad writes, “Think in the long term, but make your goals as specific as possible and revisit them every day. Create a vision board or a list and keep it where you will see it every morning. Dream big and you will achieve big things.”

6. Don’t be anyone other than yourself.Daily Show correspondent (ahem, and our wishful pick for Daily Show *host*) and comedian Jessica Williams tells Mother Jones that when she auditioned for the Comedy Central show she had green hair and was fresh out of college. She says, “It’s impossible to be perfect, and you won’t do a good job if you’re too focused on proving yourself to others.” (image via Larry Busacca/Getty)

7. Find professional role models. Whether it’s a mentor or a historic figure, having a list of people who you look up and respect in your field is crucial. In her memoir, Yes Please, Amy Poehler tells readers, “Watching great people do what you love is a good way to start learning how to do it yourself.” Read what they like to read, figure out how they broke into their industry and see how their method can work with yours. (photo via Frederick M. Brown/Getty)

8. Confidence is key. If you’re constantly doubting your work, others will begin to doubt it (and you!) too. During a trip to the UK, First Lady Michelle Obama visited students at Elizabeth Garrett Anderson girls’ school. She told them, “Success is not about the background you are from, it is about the confidence that you have and the effort you are willing to invest.” (photo via Pool/Getty)

9. Be nice to people. It sounds so simple, but it is oh-so-very important to remember. In her book, Not That Kind of Girl, Lena Dunham writes, “Respect isn’t something you command through intimidation and intellectual bullying. It’s something you build through a long life of treating people how you want to be treated and focusing on your mission.” (photo via Stuart C. Wilson/Getty)

10. Keep yourself busy. Things happen when you *make* them happen. If you keep putting that book idea or video project off, it won’t ever become anything more than a great idea. Tavi Gevinson, a blogger since age 11 and founder of the website Rookie, puts it best when she says, “The best cure for procrastination is to have so much on your plate that procrastination is no longer an option.”

11. Never be afraid to share your ideas. In her book Bossypants, Tina Fey tells readers that she loves to use the common improv phrase, “yes, and…” when it comes to business situations. “To me, YES, AND means don’t be afraid to contribute. It’s your responsibility to contribute,” she writes. “Always make sure you’re adding something to the discussion. Your initiations are worthwhile.” (photo via Larry Busacca/Getty)

12. Failure is part of the process. In a commencement speech a Harvard University, Harry Potter author JK Rowling told students, “It is impossible to live without failing at something, unless you live so cautiously that you might as well not have lived at all, in which case, you fail by default. You will never truly know yourself, or the strength of your relationships, until both have been tested by adversity. Such knowledge is a true gift, for all that it is painfully won, and it has been worth more than any qualification I ever earned.” (photo via Ben A. Pruchnie/Getty)

13. Success is not without sacrifice. Today it’s easy to get sucked into the drive to have it all — family, work, fun. But as any boss knows, there are times when you might have to choose between being 100% there for family or work. In a commencement speech at Dartmouth, Shonda Rhimes told graduates, “If I am succeeding at one, I am inevitably failing at the other. That is the tradeoff. That is the Faustian bargain one makes with the devil that comes with being a powerful working woman who is also a powerful mother. You never feel a hundred percent OK; you never get your sea legs; you are always a little nauseous.” (photo via Charley Gallay/Getty)

14. You are your biggest critic (so set yourself up for success!). Fashion designer and style icon Victoria Beckham tells Vogue, “When I initially started up the brand, I didn’t put too much pressure on myself. I didn’t go into this to prove to anybody other than myself. I was very focused, I didn’t try to do everything at once. I just wanted to perfect the dress. I didn’t want to run before I could walk.” (photo via Shirlaine Forrest/Getty)

15. Know how to present yourself. Ah, the queen girl boss. Vogue‘s Anna Wintour is full of career knowledge. In a roundup of her best tidbits of advice, Who What Wear shares a quote from the editor that reads, “You can’t be some difficult, shy person who is not able to look somebody in the face; you have to present yourself. You have to know how to talk about you vision, your focus and what you believe in. (photo via Ben Gabbe/Getty)

What professional role models do you look up to? Tell us who they are and a little bit about them in the comments below.