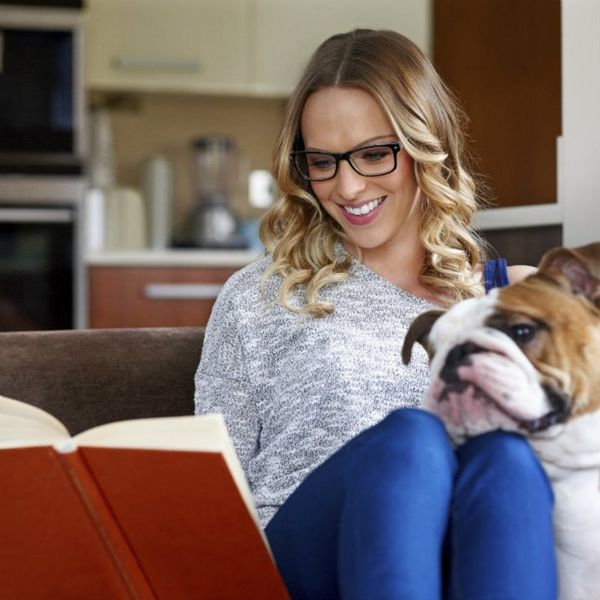 If your Instagram feed is loaded with more photos of adorable pets than pics of cute babies, you’re not alone. A newly published survey shows that while millennials are in love with the furry friends in their lives, they’re not sure about whether or not they want kids, or have already made up their minds that there are no babies in their futures.

Surveying 8,000 millennials, Gen-Xers, and baby boomers, venture firm Qualtrics and Accel found that less than a third (27 percent) of millennials don’t want a pet. Meanwhile, 44 percent of millennials say they don’t want to have children, or they’re still unsure about whether or not they’ll have kids. While the survey says that this trend has to do with millennials wanting to keep their independent lifestyles, reality is a bit more complicated.

Mechi Annaís Estévez Cruz is a 27-year-old who splits her time between NYC and Cabarete in the Dominican Republic. Cruz adores her dog Coco, but when it comes to kids, she already knows it’s a hard no. She tells us that she doesn’t think of her dog as a child, but the two of them still have a really special bond.

Cruz says that her little podenco canario mix pooch helps her a lot with her PTSD anxiety, and the two go everywhere together. But she says that while she loves her dog, she thinks raising children is an altogether different endeavor. While Cruz can leave her dog at home alone when she’s working, the same isn’t at all true of a young child. And pet bills can get pretty pricey, but nowhere near the cost of parenting a kid.

“I have a huge respect for parents and what that job entails, which is why I don’t consider my pet my child,” Cruz says. “Being a parent is a real tough thing to do. Having a pet is not like that at all.”

Christina Tesoro is 28 and has a pet dog in NYC, and agrees that having a pet and having a child aren’t comparable. She tells us that while she calls her dog “her baby,” she doesn’t see her dog the same way as a child. Like Cruz, Tesoro says that she gets a lot of emotional support from her pup, and that she loves her dog and the two share an emotional bond — just not in the same way that parents are connected to their kids.

Tesoro also tells us that she’s not totally sure about having kids yet, but she’s leaning toward no, in large part because of the huge financial costs of parenting. Money is the number one reason why she’s hesitant, but she also has concerns about the environmental impact of having children and the overall state of the world, and what it would mean to bring another child into society. None of these things, however, are major concerns in caring for pets.

Quatrics and Accel noted that the top reasons millennials gave for not wanting children or being unsure about kids had to do with a general lack of desire, plus the concern that kids are limiting to a person’s lifestyle. Based on the conversations we had with Cruz and Tesoro, it seems that financial concerns are huge as well.

Cruz and Tesoro’s feelings about kids and their pets call into question whether it’s even useful to compare pets with children. Both raised points about the differences in commitment and cost, and noted that parenting a child really just isn’t the same as caring for pets. Overall, it doesn’t seem that a desire for pets is related much to a desire (or lack thereof) for children.

Whether or not millennials end up having as many kids as previous generations still remains to be seen, but in the meantime, they’re opening up their homes to furry companions who they love just as much.

Do you adore your pet? Tell us about them on Twitter @BritandCo.

Elizabeth King
Elizabeth King is a politics, history, and culture writer based in the Twin Cities. She is generally pretty cranky but still enjoys traveling, music from the early 2000's, and plotting the resistance. Feel free to say hi on Twitter at @ekingc or check out some of her work at www.elizabethcking.com.
Parenting
Entertainment
Parenting study
More From Entertainment