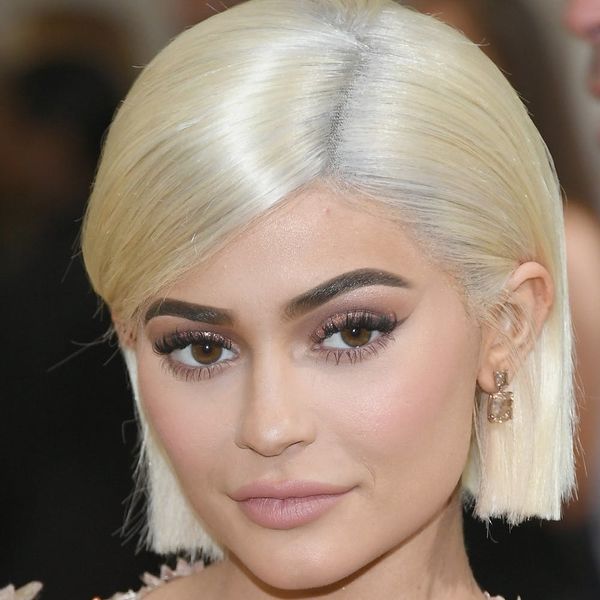 It’s a boy for Scandal‘s Quinn and the first look at Kylie Jenner’s new reality show is here! Check these and more of this morning’s top news tidbits out in this TGIF edition of Morning Buzz below.

1. It’s a boy for Katie Lowes! Lowes, AKA Quinn Perkins on the soon to be potentially cancelled (*sniff*) Scandal, told Jimmy Kimmel Thursday that she and husband Adam Shapiro are expecting their first child, a boy, together, though she admitted they have absolutely no names picked out. Lowes also said that the show’s creator, Shonda Rhimes, had an inkling about the pregnancy before Lowes told her, telling Kimmel she said Lowes either had a “really good weekend eating pizza and beer or I was pregnant.” Congrats to the growing family!

A first look at my docu-series #LifeofKylie is out now! pic.twitter.com/cQI7upbkrB

2. The first trailer for Kylie Jenner’s new reality show is out, and we’re already addicted. Jenner tweeted the first promo for her docuseries, Life of Kylie, and it looks like we’ll be privvy to the same kind of TV magic we’re accustomed to from the Kardashian-Jenner fam. “There’s an image that I have to keep up with, then there’s me: Kylie,” she can be heard saying in the clip, a quick cut of the glamorous side of her life. Life of Kylie starts July 6 on E!, and WE WILL BE THERE.

3. More trouble for United is brewing as ANOTHER scorpion was found on a passenger, causing delays. We’re gonna NOPE ourselves right out of this one! A United Airlines flight from Houston to Quito, Ecuador, was delayed after a scorpion reportedly crawled out from a passenger’s clothes. United said in a statement that no one was harmed, and they issued all passengers a meal voucher due to the delay, but it’s not the first time the airline has dealt with scorpions — a man was stung in the middle of a flight just last month. Have we mentioned NOPE? (h/t KTLA 5)

The handwritten postcard by @jk_rowling was purchased to raise money for charity. #Harrypotter fans if you have any info please call 101 ⚡️ pic.twitter.com/ijBtgrxHIL

4. A rare Harry Potter prequel by JK Rowling was stolen and she’s urging fans not to buy it if they see it for sale. Early this morning, Rowling signal boosted the West Midlands Police on Twitter, asking Harry Potter fans for their help in locating a super rare, handwritten Potter prequel that was stolen during a break-in of its owner’s home. Written on two sides of an A5 postcard, Rowling says the piece was originally auctioned for the English PEN, and that the owner “supported writers’ freedoms by bidding for it.” TBH, we probably couldn’t afford this thing anyway: Hopefully the item is returned unharmed to its owner!

5. A new trailer for the Love Actually reunion mini-film is out, and how is it possible that everyone looks exactly the same? HOW? What’s more, it appears that Laura Linney actually *is* in the US version of the reunion, despite original reports that she wouldn’t be, and apparently Patrick Dempsey is too. According to People, more surprise guests, including Ben Affleck, will also appear. Only two weeks to go! The Red Nose Day special airs on NBC on May 25.

6. Quote of the day: “Expect problems and eat them for breakfast.” Alfred A. Montapert

Do you have any major weekend projects planned? Let us know @BritandCo!