Morning Buzz! Kesha Just Made the Most Powerful Comeback With Her New Song “Praying” + More 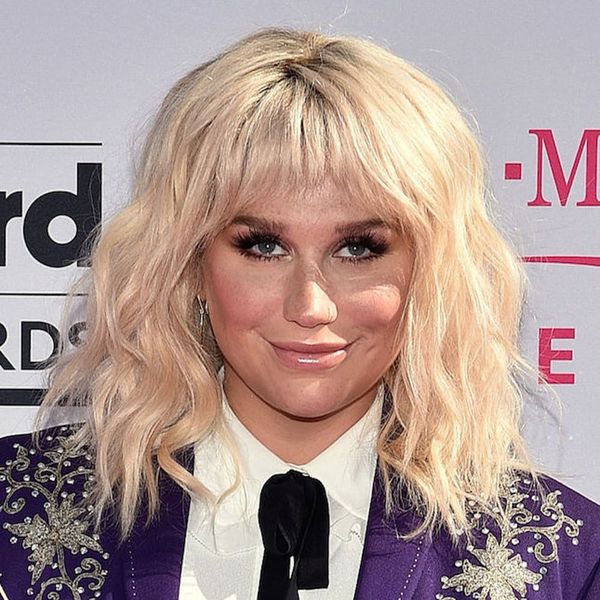 Kesha’s back and Ed Sheeran is clarifying his Twitter comments in this morning’s top news stories. Check out those and more below in the Thursday Morning Buzz.

1. Kesha’s comeback song is here. It’s been almost four years since Kesha has been able to release any new music, due to her legal battle with producer Dr. Luke. Now she’s returned with a powerful new ballad called “Praying,” and she’s not holding back. “I have channeled my feelings of severe hopelessness and depression,” she says in an emotional and honest Lenny Letter that accompanies the video’s release. “This song is about coming to feel empathy for someone else even if they hurt you or scare you. It’s a song about learning to be proud of the person you are even during low moments when you feel alone. It’s also about hoping everyone, even someone who hurt you, can heal.” Listen to “Praying” here, and read all about its meaning here. (Photo via David Becker/Getty)

2. Ed Sheeran would like to clarify that he has NOT quit Twitter — he just doesn’t read it anymore. In a recent interview with the Sun, Sheeran said that negative comments had forced him off Twitter, but the singer is now clarifying that he’s not off the platform completely — he just chooses not to read the hate anymore. “I haven’t quit anything,” he wrote in an Instagram post (in which he’s wearing a t-shirt that says “Hoax,” natch). “I’m just not reading anything, except Harry Potter.” Sheeran further clarified to Matt Lauer on NBC’s Today that he’ll still send his Instagram posts to Twitter so that fans can stay up to date across his social media accounts — and a look at his Twitter account shows just that. (h/t E!)

3. CBS spoke out on the Hawaii Five-0 drama.Hawaii Five-0 stars Daniel Dae Kim and Grace Park made a highly publicized exit from the show last week, after their attempt to receive equal pay with costars Alex O’Loughlin and Scott Caan reportedly failed. CBS is now speaking out, saying that they did offer Kim and Park pay raises to get them to stay. “Daniel and Grace have been important and valued members of Hawaii Five-0 for seven seasons,” the network said in a statement. “We did not want to lose them and tried very hard to keep them with offers for large and significant salary increases. While we could not reach an agreement, we part ways with tremendous respect for their talents on screen, as well as their roles as ambassadors for the show off screen, and with hopes to work with them again in the near future.” Variety reports that the characters’ absence will be addressed in the season premiere. (h/t EW; photo via Frazer Harrison/Getty)

4. If you can’t wait for Bad Moms Christmas, THIS movie will hold you over in the meantime. Say hello to Fun Mom Dinner. Starring Toni Collette, Molly Shannon, Bridget Everett, and Katie Aselton, this flick shows how a relaxing dinner among not-yet-good friends turns into a weed-fueled, karaoke-singing night of trouble. If there’s a sure way to bond with new friends, it’s a sloppy karaoke night! Check out the trailer above. (h/t EW)

IT'S HERE! our second collection for our collab with @starbucks just dropped in asia pacific and we are PUMPED! seriously, we are obsessed with these patterns (do you see those tiny sunglasses and the little @frappuccino?!). since it's not available stateside we decided to do another HUGE giveaway! want to enter? head to the link in our profile for all the ways to enter! #bandoXstarbucks

5. Starbucks just released the most perfect new cups for summer. Starbucks’ first collab with Ban.do was so successful that they’ve gone and done another, this time featuring the most ADORABLE pattern of teeny icons of sunglasses, little Frappuccinos, and cherries — and WE WANT IT! Like the last release, the cups and other accessories (notebooks, keychains, and more) aren’t actually available in the US, but they’re doing a giveaway, which can be entered here. (h/t Cosmo)

6. Quote of the day: “I’ve never been cool. And I don’t care.” This classic Celine Dion quote feels fitting, given the pop diva’s recent resurgence.

How do you define “cool”? Let us know @BritandCo!