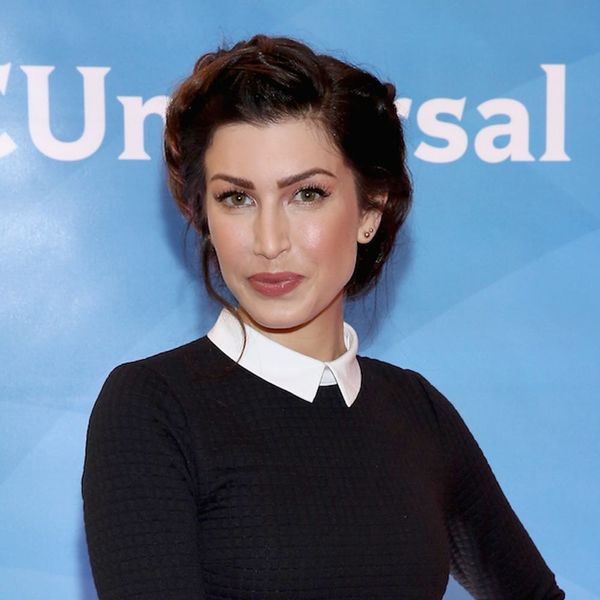 The death of YouTube personality and VH1 host Stevie Ryan leads this morning’s top news stories. Read that and more below in the Tuesday Morning Buzz.

1. Stevie Ryan, best known for her YouTube channel and her VH1 show StevieTV, was found dead this weekend in her home in what the LA County Coroner’s Office has ruled a suicide by hanging. Ryan was only 33. The news of her passing comes just days after she publicly mourned the death of her grandfather both on her social media and on her S Mentally Ch(ill) podcast, a “podcast about depression,” according to its iTunes description. Our thoughts are with her family and friends at this difficult time. (h/t People; photo via Robin Marchant/Getty)

2. Kim Kardashian’s Fourth of July family brunch gave us one of our fave North West pics to date. Look. At. Her. Face. Kardashian hosted family and friends (including 2 Chainz) for an early holiday celebration, and if all the Snapchats of the food she was cooking up for the feast weren’t enough, we also got this family pic featuring North being SO over it. (h/t Elite Daily)

First I wanna say thank you all for the well wishes, prayers and support. It's been a crazy time here in our home. I want you all to know that I'm ok! Seriously I'm recovering well and should be as good as new very very soon! Luckily I don't need any further treatments but I can't say the same about my mom. So please keep her in your prayers. I also want to thank @people for allowing me to share my story. @juliejordanc & @mrjesscagle THANK YOU' Next-I need to thank everyone at @cedarssinai everyone there has been amazing. Most people want to rush out of the hospital to get home I kept saying I've never been treated kinder. I cried like a baby saying goodbye to the amazing nurses who took such good care of me. God bless nurses! I of course need to thank dr black and dr Chu for performing an amazing surgery and giving me the best bday gift ever-my health. And lastly, god has blessed me in so many ways but this too was a blessing. I got to hear what I have meant to my friends and family-it's been quite moving for me. I want thank all of my incredible friends, family and even strangers who have shown me and my family such kindness. @alyssawallerce Thank you for being with me every step of the way. I couldn't have done it without you. @iamjoegear You too! And to @undergaro the best nurse in the world..you never left the hospital and slept by my side there. you are my everything and I'm so thankful to you. You and dad have really been incredible to mom and me. You both have inspired me. I've never been more excited about life. I see so much so clearly. Will share more with all of you soon! Xo

3. Maria Menounos shared a heartwarming update following the news of her brain tumor diagnosis. Menounos extended a thank you to fans for their outpouring of support after it was revealed yesterday that she had undergone surgery for a brain tumor. She also shared an update on her mom — who is battling stage four brain cancer — and some of the lessons she’s learned in the process. “Luckily I don’t need any further treatments but I can’t say the same about my mom,” she captioned the pic of them together. “So please keep her in your prayers.” Menounos went on to say that her health scare was actually a blessing: “I’ve never been more excited about life,” she revealed. “I see so much so clearly.” We’re so glad to see she’s recovering and remaining so positive.

4. Corinne Olympios made her return to social media after the Bachelor in Paradise controversy. While DeMario Jackson had been giving interviews, Olympios remained quiet throughout the duration of both the Warner Bros. investigation and her personal investigation into the BIP misconduct allegations, only speaking through official statements. Now, she’s slowly making her way back to normal life, including social media: On Snapchat, she posted a selfie with the star-crown filter applied and only a waving-hand emoji as a caption, and on Instagram, she shared a photo taken at the Waldorf Astoria in Beverly Hills with a simple flower emoji as a caption. Welcome back, Corinne. (h/t People)

5. Ed Sheeran announced he has quit Twitter for this depressing, but all-too-common reason. Some people are good at ignoring the haters, but Sheeran was tired of the trolls constantly saying mean things to him and has decided to leave Twitter. “I’ve actually come off Twitter completely. I can’t read it,” he told the Sun. “I go on it and there’s nothing but people saying mean things…The head-f*ck for me has been trying to work out why people dislike me so much.” Aw, Ed! The newest tweets on his account are auto-generated from Instagram posts, but as recently as late June, he defended his live show from critics who claimed it was a backing track. (h/t NME; photo via Kevin Winter/Getty)

6. Quote of the day: “May we think of freedom not as the right to do as we please, but as the opportunity to do what is right.” Perfectly put by Peter Marshall. Happy Fourth of July!

Do you have any epic Fourth of July plans? Let us know @BritandCo!