Morning Buzz! The Sisterhood of the Traveling Pants Stars Reunited at the Women’s March + More 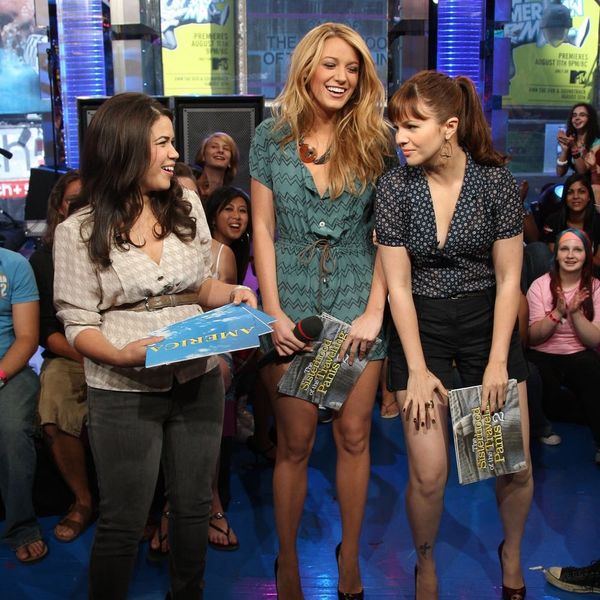 Happy Monday! As you ride out your post-protest weekend high, check out this morning’s top news stories about a Trump protest, some inspiring strangers taking a stand and more below.

Trending now #MuteMonday unfollowing @realDonaldTrump @POTUS and listening to and following the lead of @CoryBooker! #wisdomfromthepain

1. Another protest is happening today in the form of #MuteMonday. After the historical Women’s Marches across the country this weekend, many are looking to keep the momentum going. In an effort to do just that today, people are unfollowing @POTUS’s beloved Twitter accounts and instead following people and organizations who are making an impact on their communities, using the hashtag #MuteMonday to share who they’re not following. Celebs like Jamie Lee Curtis and Debra Messing are already taking part, sure to give this campaign a big signal boost.

2. The Sisterhood of the Traveling Pants stars united at the Women’s March with inspiring messages. Blake Lively and Amber Tamblyn were among the many celebrities that took part in the NYC Women’s March this weekend, coming together with a simple and meaningful message that carried through much of the Marches: “Sister for life. For real. Forever.” Amber captioned a pic of her and America with the inspiring phrase, while Blake posted a photo with a particularly inspiring protester saying “My march wasn’t driven by hate. It was rooted in a very simple fact — we are all equal.” Sisterhood of the Traveling Protests, forever.

3. These strangers proved that #HeWillNotDivideUs with their inspiring mini-protest. In the early, cold hours of the morning, one man stood in front of a live-streaming anti-Trump installation that will run for the next four years courtesy of Shia LaBeouf and Jaden Smith and repeated “he will not divide us” over and over, even as he was chided by right-wing supporters. Another girl showed up to join him, saying that his message moved her to leave her cozy bed. A third joined as well, and after three hours of “He will not divide us,” we STILL have chills. So strangely and deeply moving. (h/t Cosmo)

Kellyanne Conway now refers to their lies as "alternative facts." We get it. War is peace, freedom is slavery, Trump is presidential.

4. “Alternative Facts” memes will give you a moment of comic relief in the midst of all the too-real stuff happening right now. During an interview on NBC’s Meet the Press on Sunday, Trump advisor Kellyanne Conway used some interesting terminology to defend Press Secretary Sean Spicer’s claims about inauguration crowd sizes, using the words, “alternative facts.” Naturally, Twitter went in, stating bold-faced lies and justifying them with the hashtag #AlternativeFacts, like NSYNC’s Lance Bass, who tweeted that he was once a member of the Backstreet Boys and had a child with Betty White. Some fun you just can’t help but join in on.

5. The Women’s March turnout numbers have been updated and there’s no “alternative-fact” checking this one. It became clear pretty quickly that the Women’s March on Washington was much bigger than Trump’s inauguration crowd, and now the New York Times is reporting that there may have been as many as three times as many protesters as inauguration attendees. Crowd scientists estimate that about 160,000 people were in the area for Trump’s speech Friday, while at least 470,000 were in the same areas at about 2pm on Saturday. Bonkers!

6. Quote of the day: “Barron Trump deserves the chance every child does-to be a kid. Standing up for every kid also means opposing @POTUS policies that hurt kids.” Chelsea Clinton stands up for 10-year-old Barron while redirecting attention to where it matters in this powerful tweet.

Do you agree that Barron should be left out of any Trump criticism? Let us know @BritandCo.