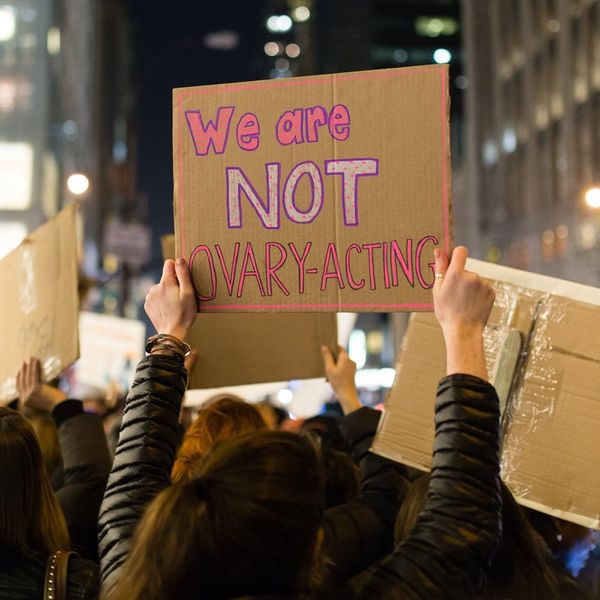 The Women’s March yesterday was nothing short of amazing. Just check out these 14 photos from around the world for proof! From the hilarious signs to the amazing speeches, it was a day that will not only remain in our memories for the rest of our lives, but in history, as well: It was the largest inaugural protest to date.

But just because the march is over doesn’t mean the movement is: In fact, it’s just getting started! As you may or may not have heard, it was announced yesterday that the Women’s March on Washington has a plan going forward to take place over the first 100 days of Donald Trump’s presidency, and that plan? Starts RIGHT NOW.

“Thank you to the millions of people around the world who, on January 21, came together by the millions to raise our voices. But our march forward does not end here,” the Website reads. “Join us in launching a new campaign, 10 actions for the first 100 days.”

From here on out, every 10 days, the site will have a new focus of action, and today’s is making your voice heard by writing a postcard to your Senators about the issues that most matter to you. You don’t even have to buy the postcard: The Women’s March has printables for you to DL!

Even better? They suggest making a party out of it, getting your friends and family involved for a “postcard party.” Uh, sign us up!

How are you planning to make a difference following the Women’s March? Share ideas over @BritandCo!

Nicole Briese
Nicole is the weekend editor for Brit + Co who loves bringing you all the latest buzz. When she's not busy typing away into the wee hours, you can usually find her canoodling with her fur babies, rooting around in a bookstore, or rocking out at a concert of some sort (Guns N' Roses forever!). Check out all her latest musings and past work at nicolebjean.com.
Politics
Current Events
Politics womens march
More From Current Events