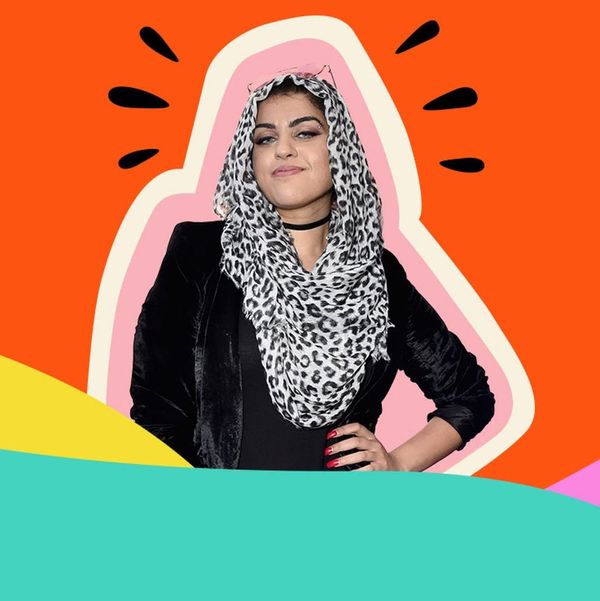 When Amani Al-Khatahtbeh was 13, her father moved her and her family from New Jersey to Jordan, in reaction to post 9/11 Islamaphobia and after years of Amani being ashamed of and lying about her religion. But when she returned to New Jersey a few years later after what her dad had called “going on an adventure,” Amani felt such an overwhelming pride and joy about her religion that she devoted herself to dispelling misconceptions about her Islam, particularly about Muslim women.

That dedication led her starting MuslimGirl.com in 2009 with friends from her hometown mosque when they were just 15 years old, aiming to give young Muslim women a place where they could write about themselves and their unique life experiences in their own words.

“I was always turning to the internet to have conversations I couldn’t have in real life,” said Al-Khatahtbeh in her talk at SXSW 2017.”I wanted to find other Muslim girls like myself to talk about these things unique to us. We wanted to tap into those voices and can speak directly to those lived experiences.”

These days, MuslimGirl.com not only reaches Muslim women seeking a place where they can talk openly about the issues and challenges they face as women in an America that seems increasingly hostile to them, but it also attracts non-Muslims who are looking for answers to their questions about a religion that’s much maligned and misunderstood. And Al-Khatahtbeh took her powerful message and story even further in her memoir, Muslim Girl: Coming of Age, published last October.

While the issue of Islamaphobia is a major one for Al-Khatahtbeh, taking back the narrative around Muslim women is an even bigger one. She began her SXSW talk by asking the audience to Google Image Search the term “Muslim women,” which shows mostly photos of women in dark colors or head-to-toe burqas. That misrepresentation, says Al-Khatahtbeh, “isn’t just a matter of inconvenience, it’s a matter of humanity.”

Changing the visual story starts with changing the photos that newsrooms and marketers have to choose from. MuslimGirl recently announced a partnership with Getty Images photo agency to provide a collection of photos that more accurately portray young Muslim women doing normal things like taking selfies, getting ready to go out, and more.

“These photos were shot by a Muslim woman photographer and all the girls you see pictured aren’t playing dress up. They wear headscarves in their daily lives or don’t wear them; whatever their choice, these are normal looks in our everyday lives,” said Al-Khatahtbeh. “This is a direct impact on the representation of Muslim women today.”

MuslimGirl is also making a big push to recognize Muslim women with the campaign to mark March 27 as Muslim Women’s Day. Al-Khatahtbeh has rallied women and women’s media, including us here at Brit + Co, to “flood the internet” with stories by and about amazing Muslim women in order to raise awareness for what Muslim women contribute to the world.

“Telling those stories that we are all human, that this national rhetoric doesn’t happen in a vacuum, it trickles down into people’s everyday lives,” said Al-Khatahtbeh.

(Photos via Annette Cardwell and Getty/Jenna Masoud for MuslimGirl.com)

Annette Cardwell
Annette is the VP of Editorial at Brit + Co. She's a mom of two, a huge girl geek and gamer, a TV snob, and a wannabe chef.
Year in Women
Politics
Year in Women