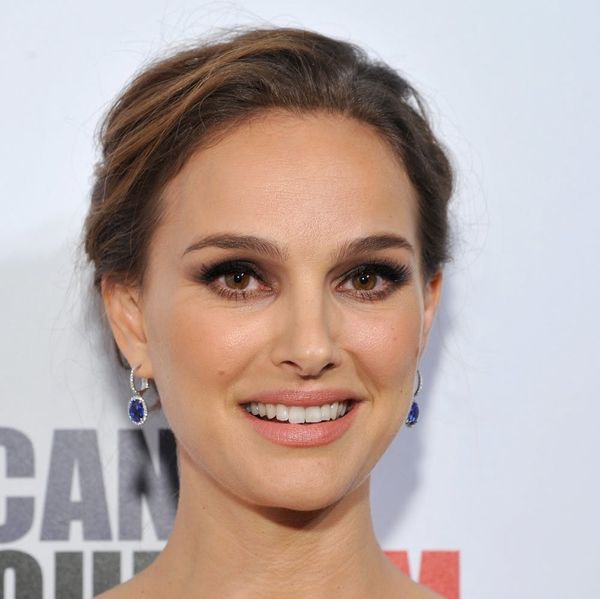 Vulture Magazine‘s annual Vulture Fest wasn’t just all Stranger Things spoilers. Amid all the discussion lately about sexual harassment in the entertainment industry, the subject was bound to come up. In this case, it was actress Natalie Portman who sat down for a candid talk where she perfectly explained why sexual harassment is so pervasive in her field.

The Oscar winner admitted that while she’s never been physically assaulted, the more she unpacked, the more she realized that she, like most women, has been victim to “discrimination or harassment on almost everything I’ve ever worked on in some way.” While opening up about her experiences, the star made a bold statement about why women continue to be harassed in Hollywood: In a male-dominated industry, the actress argued, there is no safeguarding women, since there are so few in power to protect others.

While Portman’s statement doesn’t just apply to Hollywood, it’s definitely an elephant in the room that few have been comfortable discussing in the past. “Usually you walk into a movie as the only woman, and you’re often the only woman on set. It’s very rare to have female crew members apart from hair, makeup, and wardrobe — the very stereotypical departments for women to be in — and I think women experience this in a lot of industries,” she said. “If you do get the opportunity to work, you’re often the only woman in the room. I hear this from friends of mine who are lawyers, business people, writers on shows.”

Portman also recounted a few instances where, though she remained safe, high-ranking male industry insiders forced her to make statements or decisions based on her personal safety instead of her career. In one case, a producer offered to fly her to a location, and when she accepted, she arrived at his private plane with one single bed having been made for the journey. Portman firmly declined his offer to share a bunk, and though a second bed was made up, the actress is adamant that the single bed situation should never have happened in the first place.

She also admits that as a younger actress, she often turned down roles that she felt hyper-sexualized her, or scripts that objectified the female characters for fear of how she would be viewed by the establishment. But she also says she feels like that’s exactly the way Hollywood works: forcing women into positions where their agency is removed, and shielding them from the protection of other women.

“It almost feels strategic to keep you away from other women, because you don’t have the opportunity to share stories,” Portman says. “All these accusations are like, ‘Oh yeah, everyone was isolated from each other,’ people didn’t share. They didn’t realize that there were hundreds of people with similar stories.”

With more and more women gaining high-profile positions in Hollywood (like directors Ava DuVernay and Patty Jenkins), the tide is slowly turning toward a more equal gender representation in Hollywood, and hopefully other industries will follow suit. Because it’s clear that a change in the way women and men approach work is long overdue.

How do you find other women to share work experience with? Tell us @BritandCo!