Netflix’s New Documentary Revisits ‘Feminists: What Were They Thinking?’ 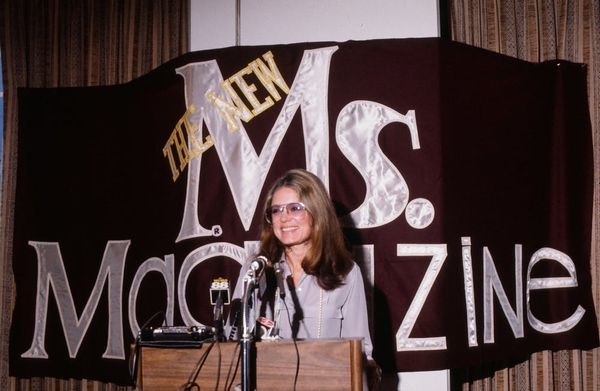 When we talk about gender equality today, we’re usually talking about modern feminism. But the road was first paved by women of the past. Those women are the focus of Netflix’s new documentary Feminists: What Were They Thinking?, which explores the motivations and hopes of activists in the ’70s while also looking at how things have (or haven’t) changed.

The documentary was inspired by a photography book of the same name by Cynthia MacAdams. The photos, as the film explains, “captured an awakening — women shedding the cultural restrictions of their childhoods and embracing their full humanity.”

Feminists: What Were They Thinking? revisits those photos and those women, through interviews with journalist and activist Gloria Steinem, actress Jane Fonda, musician Michelle Phillips, film producer Cheryl Swannack, writer and activist Kate Millett, composer Meredith Monk, artist Laurie Anderson, and Lily Tomlin, who says in the trailer, “We thought we were going to change it all.”

Director Johanna Demetrakas explained the motivation behind the documentary on the film’s website, writing, “Feminism seems to be the scariest word in the English language. But not for those of us who experienced the game-changing awakening that was the Women’s Movement of the 1970s. Growing up in the fifties and sixties meant not only second class citizenship legally, but second class human being-ship: not invited to the party of medicine, art, law, education, science, religion, except maybe as the secretary.”

The film “digs deep” into women’s experiences of sexism and of liberation and examines how feminism continues to evolve.

Feminists: What Were They Thinking? will starting streaming on Netflix on October 12.

Will you watch Feminists: What Were They Thinking? on Netflix? Let us know @BritandCo!

Desiree O
Desirée O is a ‘Professional Bohemian’ who loves anything and everything related to the arts, entertainment, and pop culture. She ADORES being a ‘Newsy’ for Brit + Co, covering all of the latest tidbits of awesomeness that you want to read about. When she’s not writing, she’s either making messy art, going on long adventurous walks with her camera, or poking around over at bohemianizm (http://www.bohemianizm.com/). You can find out about Desirée O and her work at http://DesireeO.com/ or follow her on Twitter @DesireeO.
Movies
Movies
Movies Netflix