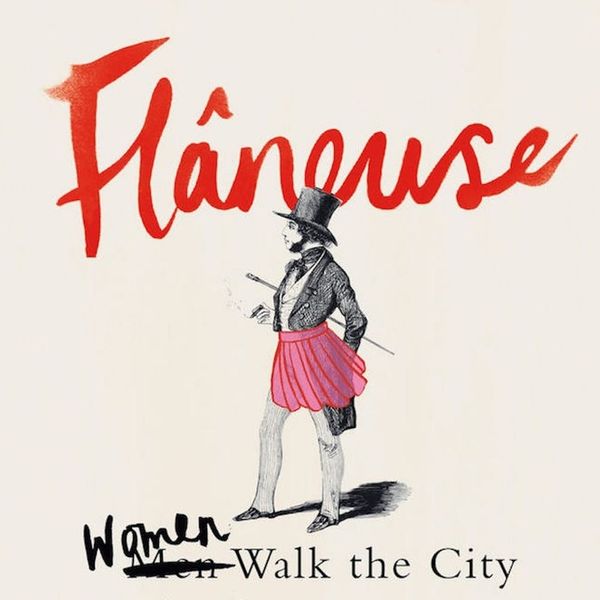 öhler, translated by Michael Eskin ($18): In a recent article from TheChronicle of Higher Education that advocated for the study of theatre, one of the most often reported findings from professors was that, simply, their students did not know how to wait; how to pass time in a singular fashion without immediate distractions. Until they took the time to learn (in this case, through patience and acting lessons in stillness), students would fidget, seem distinctly uncomfortable, and even start toward phones that weren’t there. Andrea Köhler, who won the 2003 Berlin Book Critics Prize and is currently cultural correspondent for Neue Züricher Zeitung, a Swiss daily newspaper, addresses what waiting means — and why it’s important to our humanity.

($27): One great way to wait is by going on a walk, whether or not it has a destination. Male, wealthy and uninhibited by prejudice, the flâneur (a term originating in the first half of the 19th century, meaning “one who wanders aimlessly”) was able to spend his time strolling the streets of the world’s capitals, looking for an education in leisure and beauty. Lauren Elkin has updated the privileged figure of the flâneur to encompass the flâneuse, a “determined, resourceful” woman, and looks at past and present treks through these urban oases.

What if you’re not willing to wait for it? To take a walk, you have to take a stand. To start a revolution, you have to move forward; you have to look back, and you have to redefine what came before you. Don’t let the first part of Bookslut founder Jessa Crispin’s title fool you; Crispin is very much a feminist. Her problem isn’t feminism; it’s how it’s being co-opted as a branding mechanism rather than a genuine ethos, and that it can be less than inviting to women who aren’t middle class or white.
Ilana Lucas
Ilana is an English professor, theatre consultant and playwright based in Toronto, Canada. When she’s not at the theatre or insisting that literary criticism can be fun, she’s singing a cappella or Mozart, occasionally harmonizing with the symphony, or playing “Under Pressure” with her rock handbell group, Pavlov’s Dogs.
Book Club
Home News
Book Club Books
More From Home News