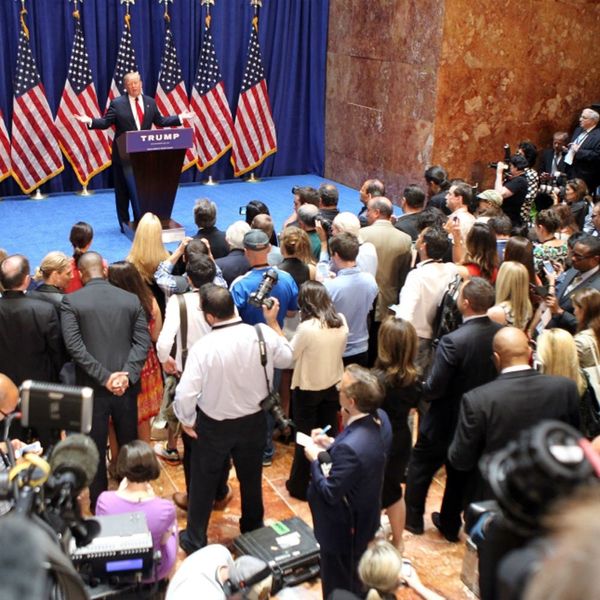 The truth always find a way to come out: even if that truth is absolutely bonkers, and you don’t even know what to make of it. While President Trump’s administration continues to promote “alternative facts,” other federal offices are releasing findings on accusations made against the President’s electoral run, his party and his team.

When now-President Trump first announced his intention to run for office way back in 2015, there were rumors backed by The Hollywood Reporter that claimed that the campaign hired actors from New York casting agency Extra Mile Casting. The team denied the claims, but since the action of paying actors off would have needed to be reported in electoral spending paperwork, the Federal Elections Commission (FEC) was forced to investigate.

According to the findings of the now released FEC report, actors were hired, but the office did not violate any laws since they eventually came clean about paying actors to attend the announcement. That’s right — the Trump election team admitted that they’d hired actors because they didn’t want to get into trouble or be fined for lying about campaign spending. We couldn’t make this stuff up if we tried.

And this isn’t the only accusation of Team Trump paying actors to appear at rallies. There are some whispers that the office also paid people to attend Trump’s inauguration (even though attendance was less than stellar).

If the President’s first weekend in office is any indication, we’re in for one heck of a ride, folks!

What’s your take on recent allegations against President Trump’s team? Tell us @BritandCo!