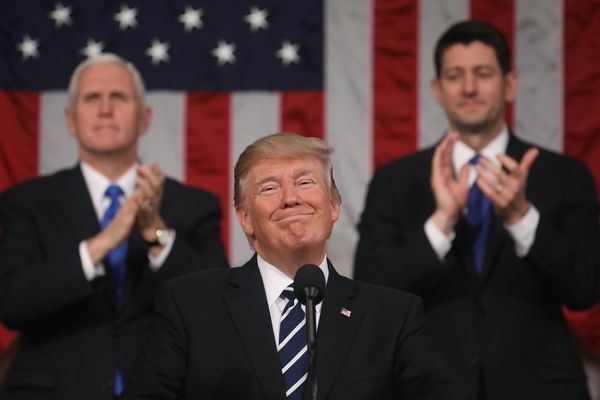 The White House has extended a bargaining chip to Planned Parenthood with a proposal to preserve the organization’s funding — as long as they stop providing abortions.

This proposal should come as no surprise to anyone who has been following Trump’s views on the women’s health care provider. In August 2015 he told Fox News, “Maybe unless they stop with the abortions, we don’t do the funding for the stuff that we want… I’m totally against the abortion aspect of Planned Parenthood, but I’ve had many women, I’ve had many Republican, conservative women come up and say Planned Parenthood serves a good function, other than that one aspect.”

Planned Parenthood is the country’s largest abortion provider, and while they get over $500 million of federal payments every year, federal law prohibits any of that money from going to abortions. Instead, the funding goes to preventative health care, birth control, pregnancy tests, PAP tests, HPV tests, and granting access to mammograms. Still, Republicans have been pushing to block funding to Planned Parenthood, because they also happen to offer abortions.

“Offering money to Planned Parenthood to abandon our patients and our values is not a deal that we will ever accept. Providing critical health care services for millions of American women is nonnegotiable,” Dawn Laguens, executive VP of the Planned Parenthood Federation of America, told The New York Times on Monday. Planned Parenthood CEO Cecile Richards echoed this sentiment on Twitter.

Planned Parenthood is proud to provide abortion—a necessary service that’s as vital to our mission as birth control or cancer screenings. https://t.co/TWGOcVjBJ4

We won’t back down in the face of threats or intimidation, or turn our backs on the patients who count on us. Not today, tomorrow, not ever.

So, basically, Planned Parenthood’s message to President Trump on Twitter—his medium of choice—was loud and clear: no deal.

What do you think of Trump’s proposal? Tweet us @BritandCo!

Amanda Buckiewicz
Amanda Buckiewicz is a TV producer and writer based out of Toronto. Her claim to fame is producing live interviews with astronauts on the International Space Station, and getting beat up by a bunch of aerial Asian Carp. She spends a lot of time worrying about climate change, shark conservation, and where to find the best moisturizer for her combination skin.
Politics
Politics
Politics Womens Health
More From Politics