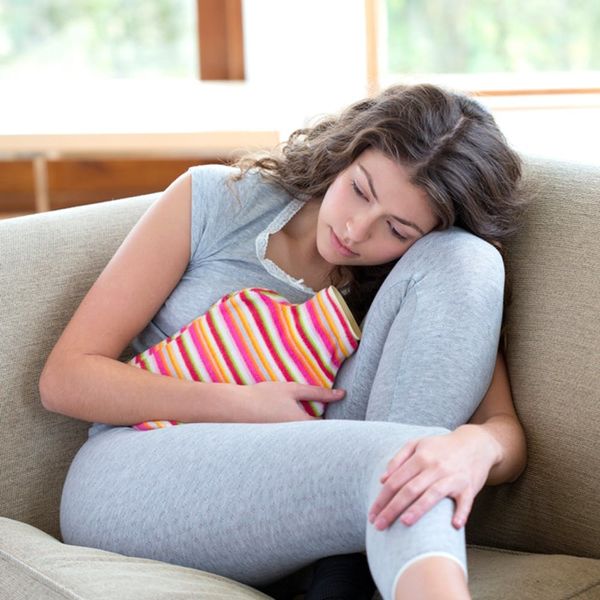 There’s bad news, and then there’s TERRIFYING news. Even though treatment for many illnesses and diseases is getting better all the time (Michael Bublé’s three-year-old son, for instance, is a testament to some of the excellent strides we’re seeing in health care), we’ve been hearing some pretty scary talk about certain infections becoming harder and harder to treat. In the fall, we learned that a number of STIs may actually soon be untreatable due to antibiotic resistance, and now, we’re getting word that UTIs are also heading toward a potentially untreatable future. Needless to say, we’re more than just a little worried.

According to the National Center for Biotechnology Information, 50 percent of all women will have at least one UTI in their lifetime. PBS is reporting that a certain strain of E. Coli is the bacteria that is most likely to cause a UTI, and that the bacteria in general is becoming more and more able to fight off any antibiotics we use to prevent the infection from spreading to our livers or other organs (potentially becoming fatal). Even last-ditch option meds for the condition, known as colistin, has begun to show signs of resistance in India and China.

Apparently, this is happening in part because many people, when prescribed antibiotics, do not take the full course of their medication, and stop when they start to feel better. What happens when we don’t finish our prescription is that the body cannot work to kill off the entire infection, and some of the bacteria remains behind. That bacteria becomes strong as it learns to fight off the medicine it formerly could not. Once that bacteria spreads, it becomes even stronger, requiring stronger medication. In the case of colistin, this is happening even beyond our control, as farmers are using it as a growth promoter in livestock, from which it is being carried to local cities via flies.

An upcoming meeting has been organized in Berlin which will include a discussion among the world’s 20 richest countries on how to pay pharmaceutical companies to develop new antibiotics.

In the meantime, while we’re not sure what this means long term for our health, we definitely should be concerned about the rise of antibiotic-resistant diseases in general, and keep in mind that we should remember to always, ALWAYS finish our fully prescribed dosage of medications.

Have you ever had a hard-to-treat illness? Tell us about it @BritandCo!

Kat Armstrong
Kat has been a writer, social media maven and mom for longer than she's willing to admit. She's also spent time in front of and behind the camera, interviewing celebs, politicians and acting as a producer for fashion and artistic photography shoots. When she isn't writing for various orgs and publications, she's hanging with her kids, husband and French Bulldog, Peter, in Toronto, Canada.
Womens Health
Entertainment
Womens Health
More From Entertainment