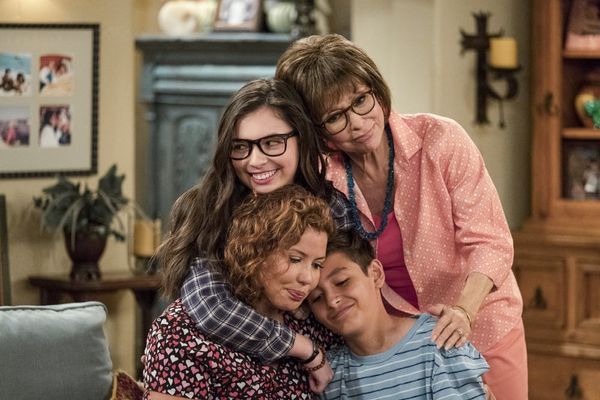 One Day at a Time has seen its last day at Netflix. On Thursday, March 14, the streaming service announced that it was canceling the series after three seasons. And while that’s definitely not what viewers were hoping to hear after launching an effort to save the show, there still might be hope for its future.

“We’ve made the very difficult decision not to renew One Day at a Time for a fourth season,” Netflix tweeted. “The choice did not come easily — we spent several weeks trying to find a way to make another season work but in the end simply not enough people watched to justify another season.”

We’ve made the very difficult decision not to renew One Day At A Time for a fourth season. The choice did not come easily — we spent several weeks trying to find a way to make another season work but in the end simply not enough people watched to justify another season.

The show, a reboot of the 1970s series of the same name, revolves around a Cuban-American family in LA. Justina Machado plays newly single Army veteran-turned-nurse Penelope, whose mother (Rita Moreno) comes to live with her and her two children (Isabella Gomez and Marcel Ruiz).

In its announcement about the cancellation, Netflix acknowledged the series’ showrunners and stars, writing, “Thank you Norman Lear for bringing this series back to television. Thank you Gloria Calderon Kellett & Mike Royce for always making us laugh and never shying away from bravely and beautifully tackling tough subject matter in a meaningful way. …To Justina Machado, Todd Grinnell, Isabella Gomez, Marcel Ruiz, Stephen Tobolowsky, and Rita Moreno: Thank you for inviting us into your family. You filled this show with so much heart and warmth and love, it truly felt like home.”

The streaming service then addressed fans of the show, which has been praised for its representation of a Latinx family. “To anyone who felt seen or represented — possibly for the first time — by ODAAT, please don’t take this as an indication your story is not important,” the company tweeted. “The outpouring of love for this show is a firm reminder to us that we must continue finding ways to tell these stories.”

One way would be to find the show another home. Variety reports that Sony Pictures is now shopping the series to other networks, so One Day may see another day somewhere else.

RELATED: Renewed and Canceled Netflix Shows: Which Original Series Are Coming Back?