Overwhelmed With the Headlines? Here Are Some Simple Ways to Get Through Today 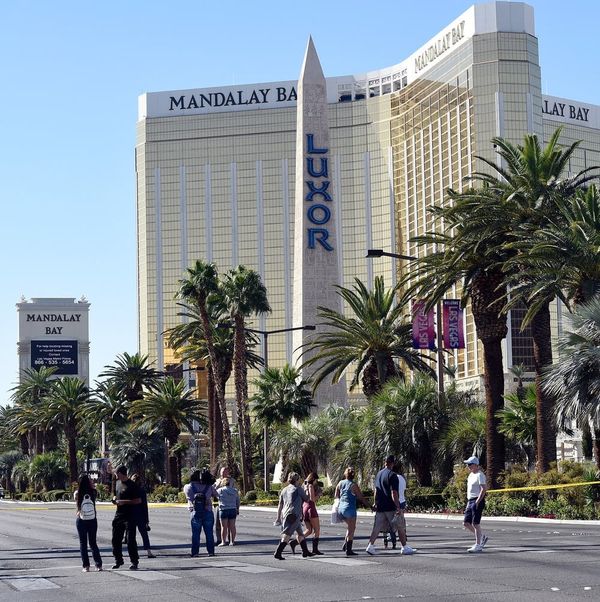 The news seems to be getting worse every day. Between international news of war and terror, and homegrown attacks, it’s as if we can’t escape tragedy. With this weekend’s shooting in Las Vegas — the deadliest mass shooting in modern American history and the 338th mass shooting of the year — you might be feeling overwhelmed with the senselessness of such violence.

For some people, it can be easy to tune this dreadful news out by simply walking away from media. But for others, it can be traumatic and overwhelming when, day after day, we get news about events like what happened in Las Vegas. Devastating news stories can even cause people to suffer from symptoms of depression, anxiety, and even signs of PTSD.

While it seems like violence can be never-ending, there are ways to cope with tragic stories and make it through the day and week.

It’s important to remember that you do not have to remain glued to your TV or computer for the latest updates. A study in 2014 from Canada’s McGill University found that people have a natural bias toward negative news, which leads us to pay more attention when things get bad. You’re totally entitled to take a break from your screen.

There are other ways of coping too. The American Psychological Association has a list specifically designed to help people manage distress after mass shootings. In it, they recommend talking about your feelings and honoring your emotions, in addition to turning off the news (if possible) and reading a book or doing something else.

If you can put your emotional energy into helping other people, it might be a good idea to find ways to help in your community that don’t directly relate to the tragedy unfolding on the news (like donating some clothes or volunteering with an organization you like).

Stephanie Dowd, PsyD, a clinical psychologist in the Anxiety and Mood Disorders Center of the Child Mind Institute, told Teen Vogue that it’s also important to remember (and remind yourself) that unless you are at the scene, watching these acts unfold on the news means you are actually safe — something it can be hard to remember when you are barraged with images of violence, death, and fear.

Once we return to a bit of normalcy, it can be important to take time to figure out what’s too overwhelming for you, and set clear guidelines so that you aren’t caught up in news cycle tragedy again. And when tragedy strikes again, Dowd says, it’s important not to dwell on trying to understand why.

“It’s important to note that you won’t get an answer,” Dowd tells Teen Vogue. “A lot of these attacks don’t make sense. The terrorist worldview doesn’t align to our own world. Stop asking the question why, and tolerate the unknown.”

If you or someone you know are struggling to find mental health support, contact NAMI.

How do you cope with terrible news? Help others by sharing @BritandCo.