People Are Dragging Demi Lovato on Social Media Over This Tweet 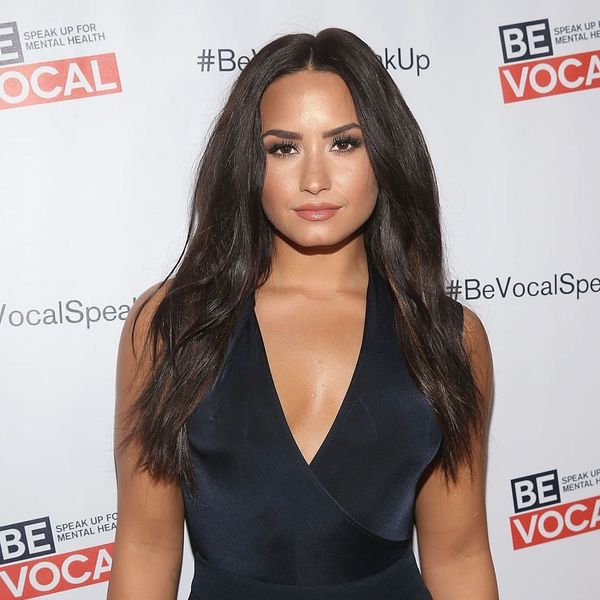 Demi Lovato has a rather tumultuous relationship with social media — you might recall the backlash she received when her mom made a joke about Zika, or her attempt at election humor that backfired in a major way. Things got so bad at one point, she even left the social media scene.

It now appears that she’s inadvertently gotten herself mixed up in another potential “oops” over some genetics test results she shared with her fans.

Things started out normally enough, with Lovato excitedly sharing the news that she’s not only Spanish with Native American, but also Scandinavian, Irish, and British. Okay, fine, right?

I did a DNA test and found out I'm mainly Spanish, with Native American, SCANDINAVIAN (which I had NO idea), Irish, BRITISH….

Things got a little hairier, however, when she chose to separate the last race that showed up on her test results, Tweeting, “And I’m 1% African!”

One fan (whose Tweets are now protected) tried to help her out, simply writing, “Delete this,” but Lovato wasn’t having it.

Prior to protecting his Tweets, we read his response, which said that taken out of context, the Tweet could come off as insensitive, and asking her to direct message him if she’d like further explanation.

Just thought it was cool and totally random. Some of y'all are mean af. Twitter sucks. 😔

Now, the internet is divisively torn, with some backing the pop star and others taking offense to her words.

Demi Lovato says she's 1% African, so that what it means to be 1 percenter?

Wait. So y'all mad at Demi Lovato because she got her ancestry traced and she's 1% African? We're doing this today?

Yo y'all let Demi Lovato live her life let her be her "1% African" in peace.🙄✌🏼️

In the end, though she didn’t delete the Tweet as her fan suggested, Lovato at least apologized for any offense she might have caused, saying that she understood and respected other viewpoints.

.@elielcruz I also included the other nationalities. But I understand and respect your point of view and didn't mean to offend anyone.

Do you think Demi messed this one up? Share your opinion over @BritandCo.

Nicole Briese
Nicole is the weekend editor for Brit + Co who loves bringing you all the latest buzz. When she's not busy typing away into the wee hours, you can usually find her canoodling with her fur babies, rooting around in a bookstore, or rocking out at a concert of some sort (Guns N' Roses forever!). Check out all her latest musings and past work at nicolebjean.com.
Controversy
Entertainment
Controversy social media twitter
More From Entertainment