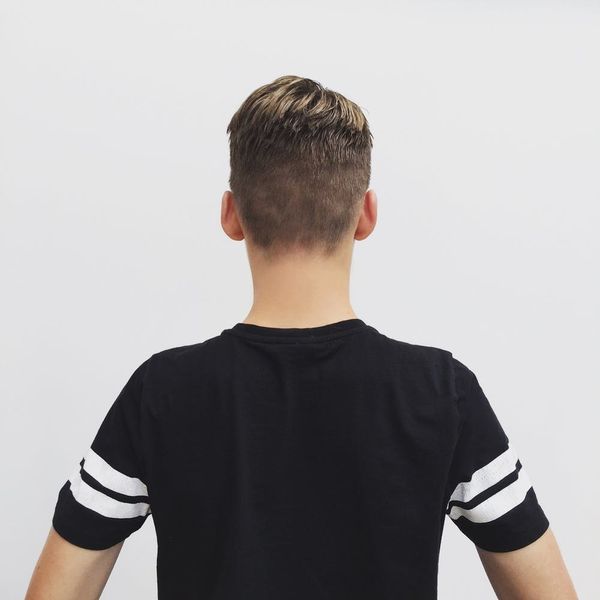 With the release of its March 2019 cover story, Esquire has ignited a firestorm of controversy. The story, part of a series on growing up in America that will reportedly go on to include non-white, non-male perspectives, centers around a midwestern 17-year-old and the difficulties he feels he is facing in a world where discussions of race, gender, class, and equality are at the fore of public consciousness.

“What it’s like to grow up white, middle class, and male in the era of social media, school shootings, toxic masculinity, #MeToo, and a divided country,” the tagline reads. This exploration of identity isn’t necessarily without its merits. But the profile — released smack dab in the middle of Black History Month, for an issue that corresponds with Women’s History Month — is drawing ire from people online. Many argue that the magazine’s decision to feature a white, male experience sends a message that runs counter to inclusivity and equality at all. People are also concerned that the teen’s story focuses on his life and the world around him without contextualizing how his perspective fits into a bigger picture of society.

The teen, Ryan Morgan, is heralded on the magazine’s cover as “An American Boy.” A more accurate descriptor would be “One Specific Type of American Boy.”

Morgan laments that his life is difficult as a kid living in a pro-Trump household. He tells the magazine that he’s lost friends because of his political views, so he simply says he’s politically moderate to avoid arguments over President Trump. “Everyone hates me because I support Trump?” he says. “I couldn’t debate anyone without being shut down and called names. Like, what did I do wrong?”

Not everyone took umbrage at Esquire‘s decision to delve into white masculinity, but the way the profile was handled (and its timing) struck some as clumsy.

“I do not mind that there exists an article somewhere in the world about young white boys of privilege needing to relearn about masculinity,” activist Abigail Collazo tweeted Tuesday morning. “I do mind that it’s on the cover of @esquire during Black History Month.”

Collazo wasn’t alone in that reaction, either. Writer Jemele Hill wrote, “Because you know what we don’t discuss nearly enough? The white male experience.” And the deputy editor of Splinter News, Jack Mirkinson, noted that the magazine’s choice to start its series on growing up in America with the profile of the white male is “extremely telling.”

In a companion to the story’s publication, Esquire’s Editor-in-Chief Jay Fielden penned a story explaining why living in what he calls an “ideological echo chamber” is bad for you — and your kids.

“As adults, it’s actually pretty easy to cop out: We don’t have to go to school, that bossy institution that pokes and prods you while people you don’t particularly like get to watch,” Fielden writes. “Add to this the passions and change this moment has unleashed — #MeToo, gender fluidity, Black Lives Matter, ‘check your privilege,’ and #TheFutureIsFemale — and the task of grappling with the world has to be more complicated for kids than it’s ever been.”

But teaching inclusivity, kindness, and equality isn’t complicated unless we make it so. The magazine’s apparent presentation of these matters as potential threats to white, middle-American boys — as opposed to guiding principles for a better future — seems to be what has people rankled.

“So Esquire, during #blackhistorymonth, decides to delve into the hardships of what it’s like to be a conservative white male in 2019,” Twitter user Danny Deraney wrote. “You know who never had a voice that you could profile this month? Tamir Rice Freddie Gray Philando Castile Alton Sterling Terence Crutcher.”

Kat Armstrong
Kat has been a writer, social media maven and mom for longer than she's willing to admit. She's also spent time in front of and behind the camera, interviewing celebs, politicians and acting as a producer for fashion and artistic photography shoots. When she isn't writing for various orgs and publications, she's hanging with her kids, husband and French Bulldog, Peter, in Toronto, Canada.
Controversy
Current Events
Controversy Inclusivity
More From Current Events