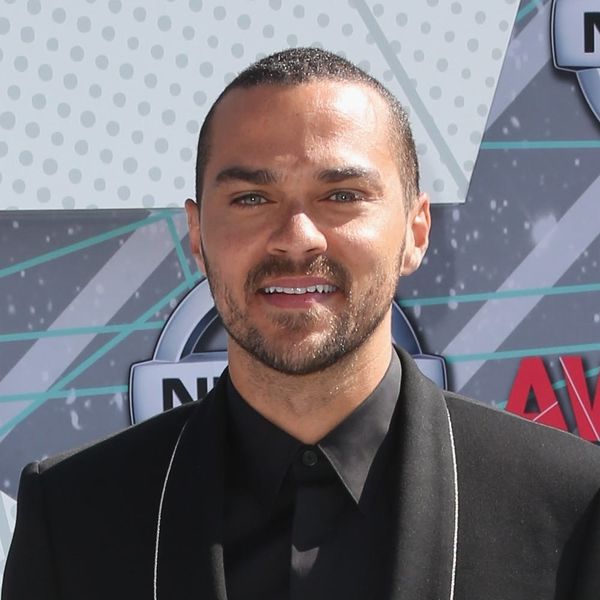 This year’s BET Awards were packed full of amazing moments, from Beyoncé’s surprise performance to the many Prince tributes. But the morning after, there’s really only one thing that EVERYONE is talking about. When Grey’s Anatomy star Jesse Williams stepped onto the stage to accept the Humanitarian Award, no one expected the depth of what was about to happen. Delivering a statement addressing racial issues, Jesse made what is being called one of the most memorable speeches of the award’s history, and you can definitely believe that once you see it (below) and when you check out how celebs responded with praise (and a little controversy).

“Now — this award, this is not for me. This is for the real organizers all over the country, the activists, the civil rights attorneys, the struggling parents, the families, the teachers, the students that are realizing that a system built to divide and impoverish and destroy us cannot stand if we do. Alright? It’s kind of basic mathematics,” Jesse began, before going on to speak about racial struggles, the daunting issues Black women face (“we can and will do better for you”), and recent victims of anti-Black violence: Tamir Rice, Rekia Boyd, Eric Garner, Sandra Bland and Dorian Hunt (names we all need to recognize). You can check out the speech below (and you definitely should whether you’re seeing for the first time or the 10th).

Obviously as moved as we were at home, the celebs came out fast and hard to praise Jesse Williams and his powerful words.

You better speak @iJesseWilliams thank you….your voice is so powerful….

"The burden of the brutalized, is not to comfort the bystander." –#JesseWilliams

Thank you @iJesseWilliams we needed that… RESPECT

.@iJesseWilliams gave a speech at the #BETawards that must be viewed by EVERYONE! Watch here and share! https://t.co/oTIViug88f

Wow, that @iJesseWilliams speech at the #BETAWARDS was something we all need to watch, re-watch and re-watch again.

Although there was also a little controversy caused by Justin Timberlake, who didn’t respond too well to a tweeter who called him out on racial and cultural appropriation.

Justin, in turn, did the celeb-backpedal.

I feel misunderstood. I responded to a specific tweet that wasn't meant to be a general response. I shouldn't have responded anyway…

I apologize to anyone that felt I was out of turn. I have nothing but LOVE FOR YOU AND ALL OF US.

Check out Jesse’s speech below and get up with the crowd to give him a standing ovation. “Just because we’re magic doesn’t mean we’re not real.” *chills*

What did you think about Jesse Williams BET speech? Tweet us @BritandCo!

Desiree O
Desirée O is a ‘Professional Bohemian’ who loves anything and everything related to the arts, entertainment, and pop culture. She ADORES being a ‘Newsy’ for Brit + Co, covering all of the latest tidbits of awesomeness that you want to read about. When she’s not writing, she’s either making messy art, going on long adventurous walks with her camera, or poking around over at bohemianizm (http://www.bohemianizm.com/). You can find out about Desirée O and her work at http://DesireeO.com/ or follow her on Twitter @DesireeO.
BET Awards
Celebrity News
BET Awards