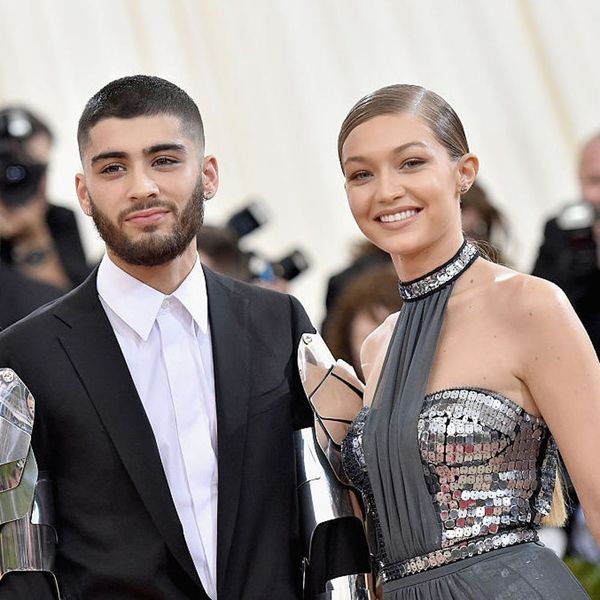 Zayn Malik’s feelings about Gigi Hadid may make you swoon, but they’re certainly no strangers to trolls and haters. And after this weekend, fans are wondering whether Malik’s ex Perrie Edwards falls into that last group.

Little Mix fans who attended the group’s concert in New Zealand are currently debating what happened during the ladies’ performance of “Shout Out to My Ex.” It’s a tune that has (in)famously been assumed to be about Malik, and now Edwards may or may not have changed one line to reference Hadid while on stage. And if she did… ouch.

"hope she ain't faking it like Hadid"
Perrie needs to chill 💀 pic.twitter.com/zFUPv4MRCp

Edwards and Malik met during season eight of The X Factor back in 2011 (though they waited until August 2013 to officially confirm their relationship) and split up in 2015 after getting engaged. Some fans want to believe that the Little Mix singer still holds a grudge against Malik, who was connected to Hadid just months after breaking up with his then-fiancée.

Others, however, are defending Edwards, saying her voice merely cracked during the performance, making it sound like she said “Hadid,” which totally *could* happen, TBH.

perrie couldn't care less about zigi lmao she has a boyfriend and yall are just trying to make drama. her voice cracked so they laughed

You’ll just have to check out the video and decide for yourself.

Do you think Perrie Edwards was throwing shade at Zayn Malik and Gigi Hadid? Let us know @BritandCo.