If You Have a Pet and Are Single, You Should Read This 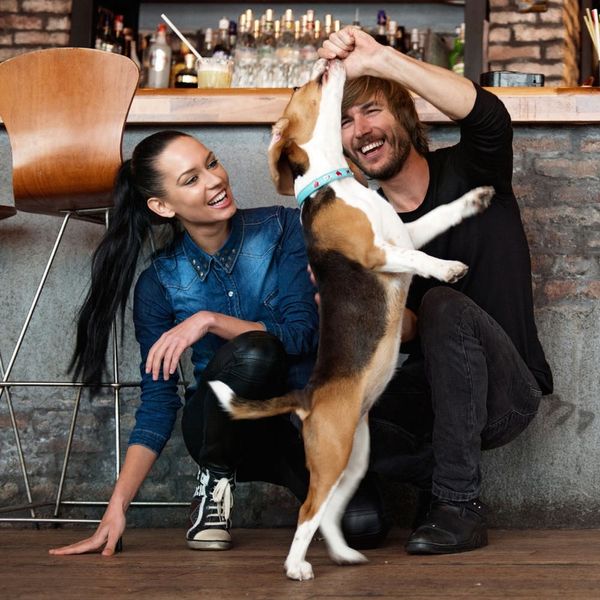 It’s no secret that dogs affect humans in the most profound ways — they can make their humans healthier, help boost your mood… and well, just check out the dog Instagram account @hotdudeswithdogs if you need any further rationale for dog appreciation. But now there might be some quantitative info out there that prove they can really affect your dating life.

According to a study done by PetSmart and Match.com that was recently analyzed, the role that pets — particularly dogs — play in courtship is pretty hefty. It’s no surprise that pets are now often referred to as members of the family; in 2014, Americans spent $58 billion on their pets. That kind of investment means that Fido, and the way a potential mate reacts to him, can weigh heavily when making dating decisions.

The study found that dogs especially can help create a social interaction. In fact, the researchers scientifically proved that a single woman with a golden retriever puppy is way more likely to have people approach her than that same woman with an adult rottweiler, a teddy bear or a potted plant (it’s ok to giggle here!). It also went on to describe how women often use pets (again, dogs in particular) to size up a mate, as women are more likely to look for certain paternal behaviors.

However, men do use dogs more as bait to get potential mates to talk to them, with no particular attention paid to how the dog responds directly or how the person responds directly. And good news, guys with adopted dogs — you’re automatically perceived as hotter if you have rescued your fur baby!

When it comes to cats, the data suggests that cat owners are less likely to judge a date based on their response to the cat, which makes sense: cats are notoriously more fickle. There’s some really fascinating data in the study, so if you want to increase your chances a successful date, read up here.

Check out even more cute cat and pup pics over at our Pinterest page @BritandCo!