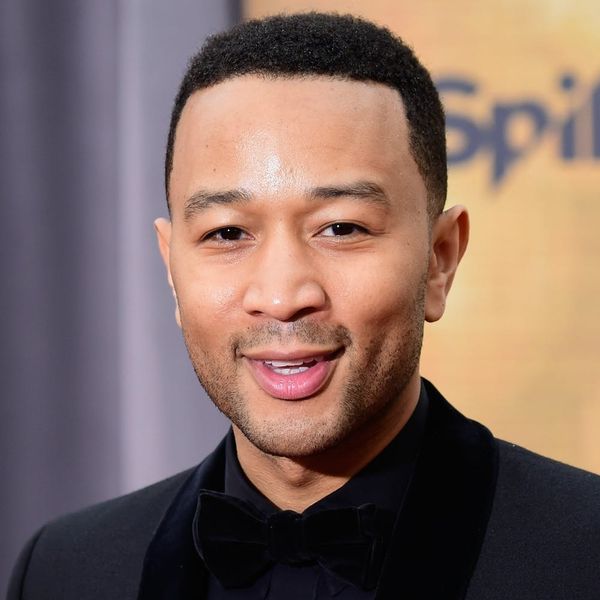 We already knew that John Legend has a pretty extraordinary relationship with his baby girl Luna — one need only read Chrissy Teigen’s emotionally wrecking Father’s Day tribute to her hubby to gather that much.

Or, you can simply feast your eyes on this absolutely ADORABLE photo of the two that Chrissy posted to her account.

“She is innnnn love!” Chrissy writes of the shot. That certainly appears to be the case: Luna seems utterly captivated, resting her tiny hand on her chin for further concentration.

We can’t say we’re entirely shocked — like mother, like daughter, right? Fans, in fact, were quick to note that Luna could be Chrissy’s mini-me in the shot, though it’s been previously confirmed that she also resembles her daddy in person (or maybe even her grandmother, who met Luna in super sweet fashion back in May).

No matter who she looks like, it’s clear her heart belongs to Dad. That’s okay — we’ve got a sneaking suspicion that Chrissy is far from mad at it!

Are you turning to mush over Luna’s latest? Share with us over @BritandCo!

Nicole Briese
Nicole is the weekend editor for Brit + Co who loves bringing you all the latest buzz. When she's not busy typing away into the wee hours, you can usually find her canoodling with her fur babies, rooting around in a bookstore, or rocking out at a concert of some sort (Guns N' Roses forever!). Check out all her latest musings and past work at nicolebjean.com.
Celebrity Baby
Entertainment
Celebrity Baby love
More From Entertainment