Prada ‘Blackface’ Blunder Served Up Controversy and a Teachable Moment 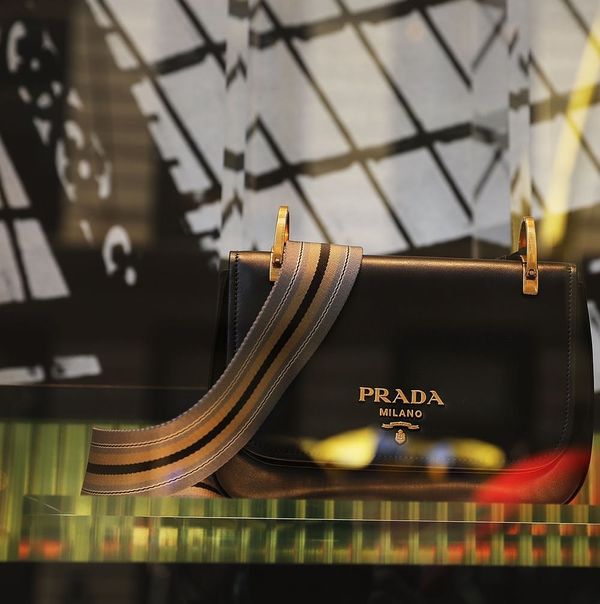 Italian fashion house Prada swiftly removed a series of statues and small monkey trinkets from their store in New York on Friday after several people pointed out that the designs, which are part of Prada’s Pradamalia animal line, look like racist imagery used to dehumanize Black people throughout history.

“They [the monkey charms and decor items] are imaginary creatures not intended to have any reference to the real world and certainly not blackface,” a spokesperson told Women’s Wear Daily. “Prada Group never had the intention of offending anyone and we abhor all forms of racism and racist imagery. In this interest, we will withdraw the characters in question from display and circulation.”

A cursory glance at the now-changed SoHo store display and items from the Pradamalia line show the monkey designs with oversized red lips and small eyes — features often associated with blackface imagery. Compare the problematic design elements with the longstanding racist trope likening Black people to monkeys and it’s hard not to see glaring racist similarities.

Blackface and Black caricatures like Mammy and Sambo were created to denigrate and mock Black people, both for Black features and physical characteristics and to double down on racist, baseless assertions that Black people were less intelligent than whites.

Activist and lawyer Chinyere Ezie was the first person to call out the company, pointing out just how much the Prada-designed monkeys look like the toxic Black caricatures of the past. Ezie shared images from the SoHo store side-by-side with examples of the racist historic images. “Thanks to #blackface @Prada, now you can take Sambo home with you for the holidays,” Ezie tweeted.

In an essay for the Huffington Post, Dr. David J. Leonard, author and chair of Washington State University’s department of critical culture, gender, and race studies, writes, “Blackface is part of a history of dehumanization, of denied citizenship, and of efforts to excuse and justify state violence. From lynchings to mass incarceration, whites have utilized blackface (and the resulting dehumanization) as part of its moral and legal justification for violence. It is time to stop with the dismissive arguments, those that describe these offensive acts as pranks, ignorance, and youthful indiscretions.”

The design of these high-priced tchotchkes, and their evocation of blackface imagery — even unintended — has prompted spectators to muse that Prada’s design team is likely predominantly, if not entirely, white.

When Swedish fast-fashion brand H&M made a similar blunder in January, the company quickly announced it would be hiring company veteran Annie Wu as its new diversity leader in order to ensure better representation across all levels of the company.

Kat Armstrong
Kat has been a writer, social media maven and mom for longer than she's willing to admit. She's also spent time in front of and behind the camera, interviewing celebs, politicians and acting as a producer for fashion and artistic photography shoots. When she isn't writing for various orgs and publications, she's hanging with her kids, husband and French Bulldog, Peter, in Toronto, Canada.
Controversy
Diversity
Controversy Inclusivity