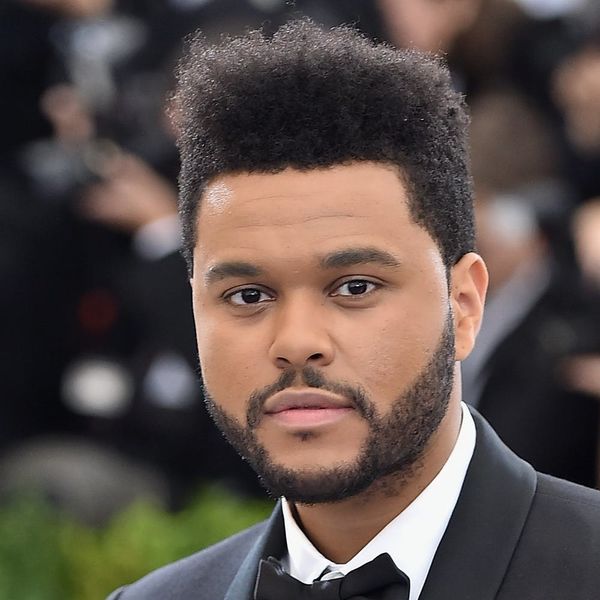 Things are looking worse and worse for Swedish retailer H&M. The brand, which has found itself in some seriously hot water with shoppers over a racially insensitive ad posted on its site for a children’s hoodie, is now being dropped by celebrities associated with the company.

The ad in question was for a kid’s sweatshirt emblazoned with the words “coolest monkey in the jungle,” as featured on a young Black child.

Abel Tesfaye, AKA The Weeknd, who launched his debut collaboration with the retailer back in September, was the first to walk away, posting about his decision with a tweet that said he was deeply offended and would no longer be working with H&M.

woke up this morning shocked and embarrassed by this photo. i’m deeply offended and will not be working with @hm anymore… pic.twitter.com/P3023iYzAb

“Woke up this morning shocked and embarrassed by this photo,” he wrote. “I’m deeply offended and will not be working with @hm anymore…”

Tesfaye has now been joined by rapper G-Eazy, who also posted a tweet to explain his withdrawal from the brand. The rapper said that while he had been “genuinely excited about launching [his] upcoming line and collaboration with H&M,” he couldn’t move forward after seeing the image.

In regards to H&M pic.twitter.com/EuvWMmZ6XA

“Whether an oblivious oversight or not, it’s truly sad and disturbing that in 2018, something so racially and culturally insensitive could pass by the eyes of so many (stylist, photographer, creative, and marketing teams), and be deemed acceptable,” he wrote. “I can’t allow for my name and brand to be associated with a company that could let this happen. I hope that this situation will serve as the wake-up call that H&M and other companies need to get on track and become racially and culturally aware, as well as more diverse at every level.”

H&M has since apologized for the photo with a mass email to its customers, which read as follows: “We would like to put on record our position in relation to the controversial image of our hoodie. Our position is simple — we have got this wrong and we are deeply sorry. We have a responsibility to be culturally aware of and attuned to all racial and cultural sensitivities — and we have not lived up to this responsibility at this time.”

They went on to add, “This incident is accidental in nature, but this doesn’t mean we don’t take it extremely seriously or understand the upset and discomfort it has caused. We have taken down the image and we have removed the garment. We will now be doing everything we possibly can to prevent this from happening again in the future. ”

We’d like to put on record our position in relation to the controversial image of our hoodie. Our position is simple – we’ve got this wrong and we’re deeply sorry. https://t.co/M9j5Fh2WxR

In the meantime, the internet has flexed its artistic and Photoshop skills in an effort to fix the image, altering the shot by rewording the hoodie to display positive terms, such as “Coolest king in the world” and “Royalty.”

This is Us @hm By @kyle.yearwood Inspired by @mrchrisclassic. Uplift 👑

I created this based off of @mrchrisclassic correction of @hm Error. A great role model and man I look up to wrote this message @mrchrisclassic : “I made this because I dont wanna see this young Kings face anymore with the shirt he was hired to wear by H&M. I'm almost certain the Persson Family and their $31 Billion wont care in Sweden but... this lil guy will see his pics and the mockery one day because the internet doesnt erase... so I just hope he gets to see this one or any like it that celebrate him.” . Tarajosu: I also want to say I don’t wear H&M or Zara or any of those types of brands. I wear offbrands and I don’t own more clothes than I can fit in my carry on luggage. I buy pieces that last or I make them last. Someone at H&M knew this would create controversy. So many issues to tackle. Don’t support brands that don’t support you. It’s simple. . #Mysavoirfaire #king #empowerment

What do you think of H&M and the internet’s response to the situation? Discuss @BritandCo!

Shea Lignitz
Shea can be found in the nearest bookstore or brewery, exploring the great outdoors, or blasting Led Zeppelin. She grew up in the cold and rain of Northern California's redwoods but is currently wandering around Texas.
Controversy
Style News
Controversy