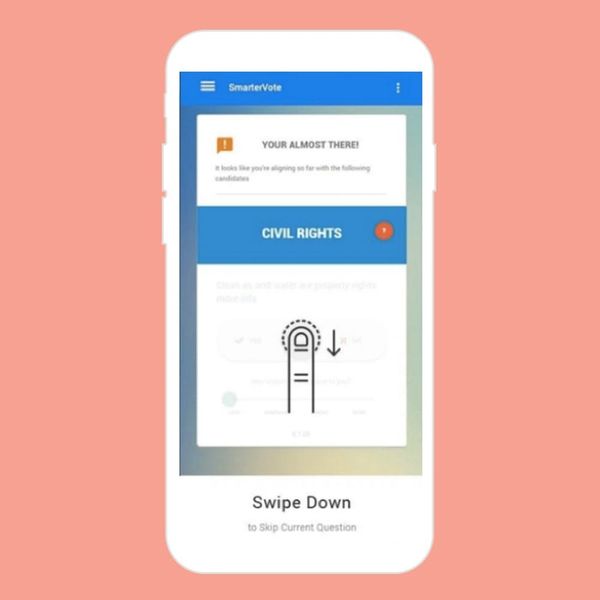 These days, it seems like everything can be made into a game or a quiz. And you know what? It’s pretty great. Quizzes are fun, and if you find the right ones, they can be illuminating.

With that said, we found 10 of the best tests around the Internet for figuring out which presidential candidate is up your alley. Some of them get into the nitty-gritty of policies like immigration and health care, while others are more focused on personality traits and values. So whether you’re a true-blue political nerd or a first-time voter, there’s something here for you!

1. BuzzFeed Community: This is a great entry point for anyone who’s not super into policy or political minutiae. Don’t let the first question scare you! After asking about your thoughts on the constitution and the founding fathers, this quiz moves on to more general questions about your interests and personality, and comes up with the candidate who best represents you. (Photo via William Thomas Cain/Getty)

2. ProCon.org: Check a running tally as you go through the quiz, so you can track which candidate agrees with you on each question you answer. If there’s a specific issue or two that you’d like to focus on, this is a GOOD test to take. (Photo via Andrew Renneisen/Getty Images)

3. USA Today: Set your priorities before answering any questions on this page, which also takes into account factors like age and geographical region — things most other tests ignore. If you have strong feelings about where in the country the next president hails from (and really, why wouldn’t you), this is definitely the test for you. (Photo via Eric Strayer/Stringer)

4. Select Smart: Go to this page for not only a quiz that’ll help you pick the right presidential candidate for your priorities, but also one that determines which political party your values align with. How? It’ll ask you questions about how highly you value things like compassion and respecting authority. Pretty illuminating stuff! (Photo via Drew Hallowell/Getty Images)

5. President Personality Quiz: This app, available for iPhones, is another good option for anyone who wants to know which candidate they might want to pick, but who doesn’t have a lot of strong political views. As the name implies, it’s more about your personality.

6. Smarter Vote: Android users can download this app to figure out their best option this year. It asks questions related to 20 current issues, and gives you the candidate whose views most closely mirror yours.

Sometimes you don’t want to figure out which candidate is best for you, but rather, which candidate has the best chance of winning. For wonky ladies who love reading graphs and parsing analytics, this iPhone app is the way to go. Watch who’s moving up in support and who’s staying stagnant, and plan your vote accordingly.

8. On The Issues: This site has tests for the current presidential candidates, as well as for Senate and congressional races, mayors and more. It’s basically a one-stop shop for figuring out who to vote for! And if you really get in the spirit of doing political quizzes, you can find out which Supreme Court justice you most agree with, what political philosophy best suits you and more. Spend an afternoon on this site, and walk away prepared to talk the political pants off anyone you know. (Photo via Scott Olson/Getty Images)

9. Twin Cities Pioneer Press: This St. Paul paper has a reasonably thorough quiz that asks you to rate your response to 30 questions on a scale of “strongly agree” to “strongly disagree.” At the end, you also rate how likely you think you are to vote for each candidate (including some who have dropped out), and how capable you think each candidate would be at leading the country. You can even highlight specific issues to show which candidate you’re most aligned with on things like the environment and “moral issues.” (Photo via Whitney Curtis/Getty Images)

This is probably the most thorough option available for figuring out who you should vote for. The questions cover an exhaustive range of issues, you have the option to go beyond the standard yes/no answers and you can rank how important a given issue is to you. If you want to dig deep into the issues at hand, this is perfect! Plus, it has an optional explainer for each question. Be prepared to invest at least a good 20 minutes in this test, so it’s not for everyone. On the other hand, it’s really interesting and super educational. (Photo via Mark Wilson/Getty Images)
Tannara Yelland
Tannara is a freelance writer and editor, an occupation perfectly suited for her affection for drinking too much coffee and keeping odd hours. She usually writes about politics, economics, and pop culture. Some day she will put to use the hundreds of hours she's spent watching Say Yes to the Dress and write THE definitive analysis of the show.
Apps
Politics
Apps Politics