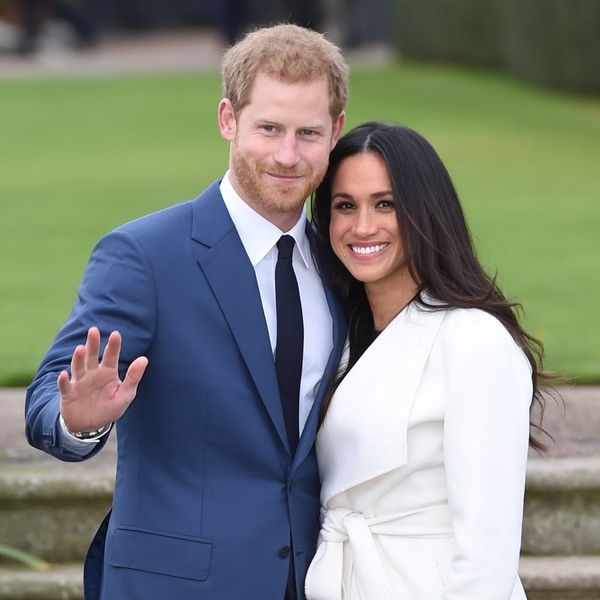 Prince Harry and Meghan Markle have been very private about their 16-month romance, but now that they’re engaged, they’re sharing a few details about the relationship, including how he proposed and how their courtship began.

Sitting down to chat with the BBC for their first post-engagement interview, the couple opened up about the various stages in their relationship, starting with the unusual way in which they were set up. (Unusual for a prince, at least.) This wasn’t a case of matchmaking by the queen or a meet-cute at a royal event. Instead, the two were set up on a “blind date” by a mutual friend who thought (correctly, it turns out) that they might hit it off.

Careful not to name the IRL cupid in order to protect their privacy, Markle explained, “It’s so interesting, because we talk about it now, and even then… you know, because I’m from the States, you don’t grow up with this same understanding of the royal family… I didn’t know much about him, and so the only thing that I had asked her when she said she wanted to set us up was… ‘Is he nice?’ Because if he wasn’t kind, it just didn’t seem like it would make sense.”

Harry was similarly in the dark about Markle. “I’d never even heard about her until this friend said, ‘Meghan Markle.’ I was like, ‘Right, okay, give me a bit of background.’ I’d never watched Suits, I’d never heard of Meghan before, and I was beautifully surprised when I walked into that room and saw her. There she was, sitting there. I was like, ‘Okay, I really have to up my game here.'”

He didn’t need to worry. Markle said that there was an immediate connection. “I think very quickly into [our first date] we said, ‘What are we doing tomorrow? We should meet again.'” And meet they did. The prince told the BBC they met up “twice back to back, two dates in London, last July.”

Harry was obviously smitten and wanted to make sure he would be able to see more of his new love. “It was like, ‘Right! Diaries! We need to get the diaries out and find out how we’re going to make this work. Because I was off to Africa for a month and she was working. We just said, ‘Right, where’s the gap?’ And the gap happened to be the perfect place.”

So, just a few weeks after their first date, the pair took their budding romance to Africa. “I managed to persuade her to come and join me in Botswana. And we camped out with each other under the stars,” he shared. “She came and joined me for five days out there, which was absolutely fantastic. Then we were really by ourselves, which was crucial to me to make sure that we had a chance to get to know each other.”

From that point, they never spent more than two weeks apart.

And while it may seem like things moved quickly, Markle doesn’t think of it as a whirlwind romance. “I don’t think that I would call it a whirlwind in terms of our relationship — obviously there have been layers attached to how public it has become … But I think we were able to really have so much time just to connect.”

How did you first meet and really get to know your love? Let us know @BritandCo!