Prince Harry Reveals How He Proposed to Meghan Markle 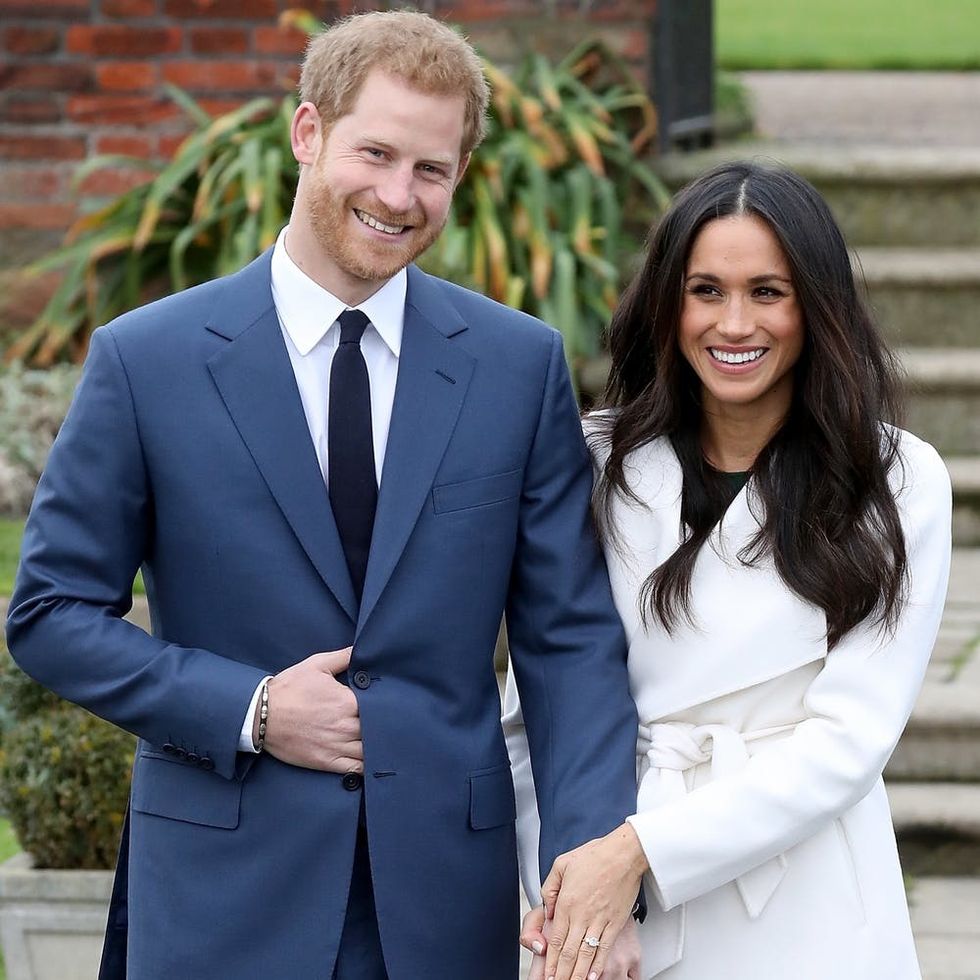 Now that we know Prince Harry is engaged to Meghan Markle, we’re eager to gobble up every last romantic detail about their entire relationship. Luckily for us, the groom-to-be just revealed how he proposed to his love.

In their first post-engagement interview together, the 33-year-old prince told the BBC that he fell in love with the 36-year-old actress “so incredibly quickly,” which was proof to him that the “stars were aligned” for their romance. Though he said earlier in the day that he knew Markle was The One the first time they met, he waited a year-and-a-half to actually pop the question.

“[It was] just a standard, typical night for us,” Harry began the story of how he asked Markle to marry him.

“It was a cozy night,” she piped in. “What were we doing? Just roasting chicken?” (Harry clarified that they were “trying to roast a chicken.”)

“It was just an amazing surprise,” the actress said with a giant smile on her face as she held on tight to her future hubby’s hand. “It was so sweet and natural and very romantic. He got on one knee.” (To that, Harry replied, “Of course.”)

🐔❤️️ How Prince Harry popped the question to Meghan Markle. Via @BBCBreaking. #RoyalWeddingpic.twitter.com/PCNQRr5t0p

When asked if it was an instant yes, Markle replied, “Yes! As a matter of fact, I could barely let you finish proposing. I said, ‘Can I say yes now?'”

Harry elaborated: “She didn’t even let me finish. She said, ‘Can I say yes? Can I say yes?’ And then there was hugs and I had the ring in my finger and I was like, ‘Can I give you the ring?’ She goes, ‘Oh, yes, the ring!'”

The ring, as Harry explained, is yellow gold (Markle’s favorite), with a large diamond he sourced from Botswana and two smaller diamonds from Princess Diana’s jewelry collection. (“To make sure that she’s with us on this crazy journey together,” he said.)

“It was a really nice moment, it was just the two of us,” he concluded of the proposal. “And I think I managed to catch her by surprise as well.”

Though this was definitely a low-key proposal, it sounds absolutely perfect for two people who’ve worked so hard to protect their relationship from the spotlight. Now we just have to wait to see how low-key (or not!) their wedding is.

What do you think about how Prince Harry proposed to Meghan Markle? Let us know @BritandCo!

Desiree O
Desirée O is a ‘Professional Bohemian’ who loves anything and everything related to the arts, entertainment, and pop culture. She ADORES being a ‘Newsy’ for Brit + Co, covering all of the latest tidbits of awesomeness that you want to read about. When she’s not writing, she’s either making messy art, going on long adventurous walks with her camera, or poking around over at bohemianizm (http://www.bohemianizm.com/). You can find out about Desirée O and her work at http://DesireeO.com/ or follow her on Twitter @DesireeO.
Celebrity Engagement
Celebrity News
Celebrity EngagementEngagement RingsRoyal FamilyRoyal Wedding