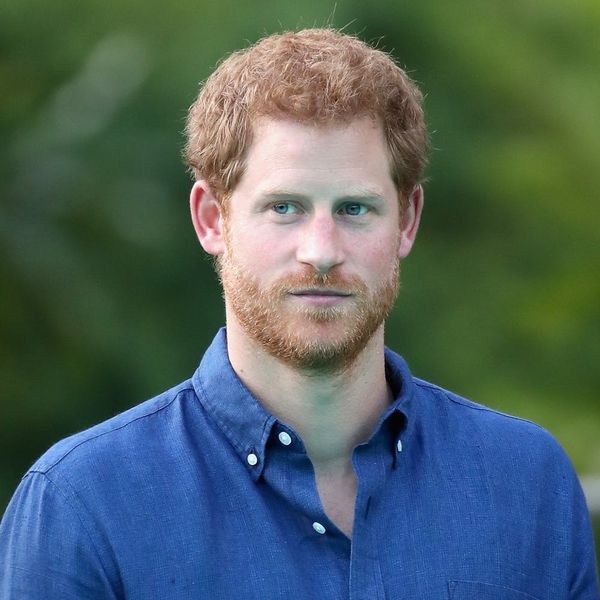 Prince Harry shared a surprising bit of information about the British monarchy: No one in the family really wants to be King or Queen. That’s right — while many of us dream of one day finding out that we’re secretly a long-lost royal relative (ya know, basically our own personal The Princess Diaries tale), the IRL prince says that it’s a duty, not a dream.

“Is there any one of the royal family who wants to be king or queen?” Prince Harry asked himself during an interview with Newsweek, before answering, “I don’t think so, but we will carry out our duties at the right time.”

He did say that the “monarchy is a force for good,” but he added, “[W]e want to carry on the positive atmosphere that the queen has achieved for over 60 years, but we won’t be trying to fill her boots.”

He went on to discuss the difficulties royals face while balancing a public life and a private life — “I am determined to have a relatively normal life, and if I am lucky enough to have children, they can have one too.”

However, he realizes that soon the attention will be focused more on Prince George and Princess Charlotte. “I feel there is just a smallish window when people are interested in me before [the young prince and princess] take over, and I’ve got to make the most of it,” he shared.

Making the most of it these days includes raising awareness for HIV testing, opening up about his mental health, and embracing his relationship with Meghan Markle.

Prince Harry may have no desire to be king, but he’s definitely living a charmed and meaningful life.

What do you think about Prince Harry’s views on being King or Queen? Would YOU want to be a member of the royal family? Let us know @BritandCo!