7 Times Prince Harry Was the Most Chill Royal Ever 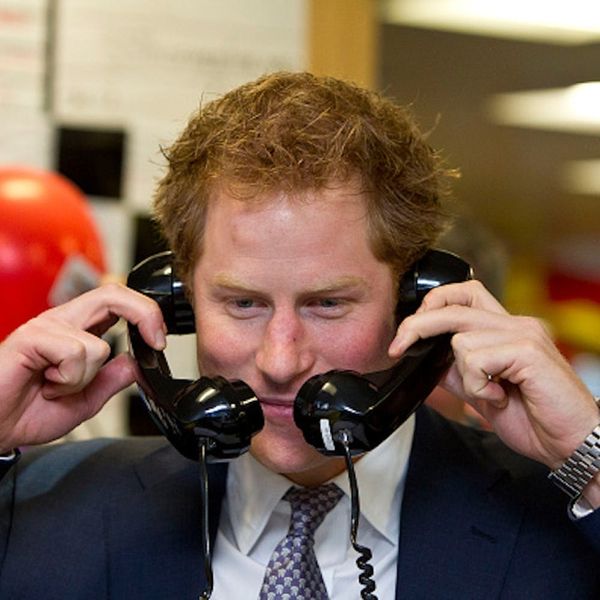 Is it wrong to admit that we miss Prince Harry’s bad-boy days, just a little bit? His wild antics seemed to set him apart from his settled, family-man older brother William for much of their adolescence and early-20s, and with the exception of minor physical altercations, his teenage rebellion always tended toward charming and made him one of the most relatable Royal Family members in recent history. His party days may be behind him, but Prince Harry is still so totally down — down to earth, that is. Check out some of most memorable times Prince Harry was practically just a regular young dude.

1. He lends his time to causes quietly. A lot of people in the public eye use their stature to bring awareness to their causes of choice, and as a result of this, turn their good deeds into photo ops. Not so for Harry: Though he may have taken an HIV test live on Facebook for all the world to see, it was recently learned that he also does his part in private, visiting Mildmay Mission Hospital in east London to spend time with staff and patients. This was the same hospital in which his mom, Princess Diana, famously shook hands with and gave a cheek kiss to an HIV patient in 1989, going a long way to help end the stigma of the disease. (Photo via Chris Jackson-Pool/Getty)

2. He flies budget airlines. In 2011, when flying back from Zara Phillips’ royal wedding in Scotland, Harry skipped the private jet and flew with easyJet, a budget British airline. He even carried his own bag. (Photo via Christopher Furlong/Getty)

3. He eats cafeteria food. We would have thought that real-life royalty would get special treatment even when serving in the Army, but not so. Harry had to shovel slop on his plate like the rest of the normies, and he seemingly did so without a fuss. (Photo via John Stillwell – WPA Pool/Getty)

4. He also eats crappy chip truck food. At a polo match in 2011, Harry is said to have turned down some fancier dining with his brother and dad to grab a burger at a chip truck. A man after our own hearts. (Photo via Chris Jackson/Getty)

5. He’s a beer drinker. This shouldn’t be surprising, given his imbibing younger ways, but Harry, now that we all know how to enjoy a pint responsibly, let’s grab one! Or four. (Photo via James Veysey – WPA Pool/Getty)

6. He’s been known to photobomb otherwise lovely selfies. At the Audi Polo Challenge in Berkshire, England, Harry couldn’t help but make a screwball face as America’s Next Top Model alum Winnie Harlow took a selfie with her agent, who dubbed it the “Fresh Prince Photobomb,” and won photo captions forever.

7. He loves to play video games. Harry, we’ve got the SNES hooked up and like four or five cartridges we could totally try to get working if you wanna come over sometime. Just say the word. (Photo via John Stillwell – WPA Pool/Getty)

What would you do if you had a day to hang with Prince Harry? Let us know over @BritandCo!