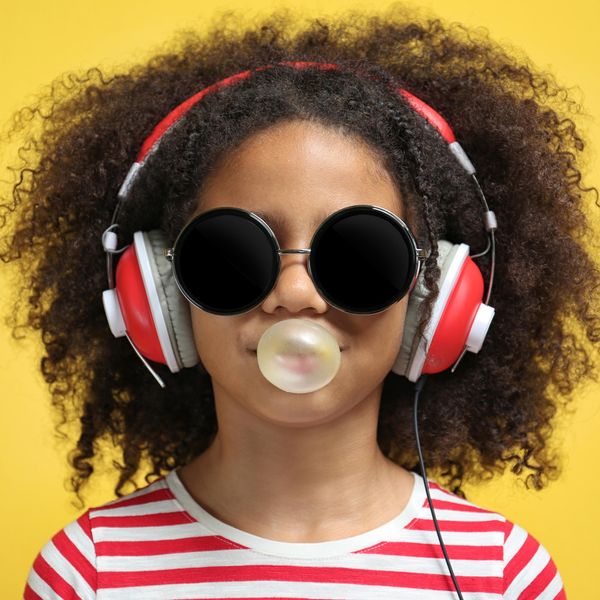 Black History Month was first celebrated at Kent State in 1970 and became a national celebration six years later when President Gerald Ford officially acknowledged it. It's a month to celebrate the heroines, heroes, and critical moments that define Black culture and history in the U.S. Given that kids develop racial bias as early as preschool, taking the time to hear and read multicultural stories can open their minds to the beauty and richness of diversity. Here are 25 Books That Can Help Parents Talk to Kids About Race, and below are audiobooks about Black history handpicked from our friends at Pinna (plus a few of our faves) to listen to at home or on the road.

28 Days: Moments in Black History That Changed the World by Charles R. Smith

From Barack Obama to Harriet Tubman to Malcolm X, kids will learn about historic figures and moments in the armed forces, performing arts, sports and civil rights activism, from 1770 to the present. Follow along to 28 stories, one for each day of Black History Month.

Kids will hear Dr. Martin Luther King, Jr.'s most powerful quotes from some of his most famous speeches in this audio biography.

Thousands of African-American kids marched for their civil rights in 1963, Birmingham, Alabama, after hearing Dr. Martin Luther King Jr.'s speech -- despite the fear, hate, and danger they faced.

A Children's Introduction to African American History by Jabari Asim

From the slave trade to the Black Lives Matter movement, award-winning author Jabari Asim goes beyond what the classrooms teach to share the facts behind Black history through politics, activism, sports, entertainment, and more.

Follow the Drinking Gourd: A Story of the Underground Railroad

A Parents' Choice Silver Honors winner, Morgan Freeman tells the touching story of one family's escape from slavery via the Underground Railroad.

Kids tease "Imani the tiny" but this young Maasai girl is determined to touch the moon. Her mother shares stories of others who have overcome challenges and managed great accomplishments, always reminding Imani that if she believes she can she will.

The Other Side by Jacqueline Woodson

A beautiful friendship forms when Clover is curious about why a fence divides the black side of town and the white side of town, and a young white girl comes along and sits on the fence.

If your kids haven't seen the Hidden Figures movie about four Black female mathematicians at NASA (Dorothy Vaughan, Mary Jackson, Katherine Johnson, and Christine Darden) who helped achieve some of the greatest moments in the U.S. space program, this New York Times bestseller is the next best thing.

Henry doesn't know how old he is because slaves don't have birthdays. But he dreams of freedom. When his family is sold again, he's determined to find his way out and that way out becomes a wooden crate headed for shipment to the North.

Here in Harlem: Poems in Many Voices by Walter Dean Myers

Walter Dean Myers writes beautiful poems about the 53 people with whom he grew up in Harlem, from student to teacher, from hairdresser to mail carrier, from live-in maid to jazz artist.

Get a lesson in the history of jazz via a series of fifteen poems read against a backdrop of original music in this Odyssey Award for Excellence winner.

Ella Fitzgerald: The Tale of a Vocal Virtuoso by Andrew Davis Pinkney

A cool cat named Scat tells this dramatic story of how Ella got her sound on the way to an inspiring career.

Duke Ellington was hailed as the "King of the Keys." This is a most fitting tribute to a musician who proudly celebrated the history of African-Americans from slavery to civil rights struggles.

Grammy-nominated and Best Spoken Word Album for Children award, this audiobook delivers an inspiring message about pride and perseverance. The story, narrated by Denzel Washington with music by B.B. King, is about an African-American hero who travels from cotton country to a place where men of all colors work together to build a great railroad.

Cracking the Wall: The Struggles of the Little Rock Nine by Eileen Lucas

Here's an intro to school segregation and civil rights history with a story of nine teenagers in Little Rock, Arkansas in 1957 who helped "crack the wall" of segregation.

A Picture Book of Rosa Parks by David A. Adler

Introduce kids to the incredible life of Rosa Parks whose role in initiating the Montgomery bus boycott helped spark the Civil Rights Movement.

We are big fans of the Rebel Girls series and these audio stories feature inspiring Black women in history:

What are ways in which you'll celebrate Black History Month? Share with us @BritandCo!