WHAT: Rent the Runway Is Expanding to Sportswear, IRL Stores + More 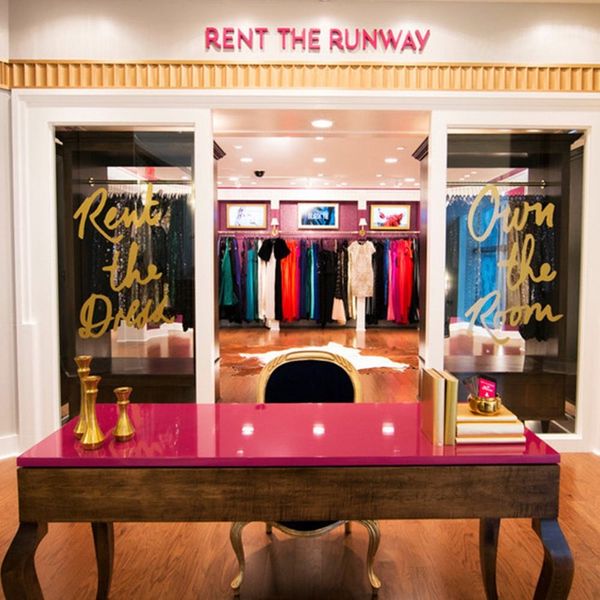 Whether it’s a wedding, a gala or another sort of formal occasion, Rent the Runway is something of a modern-day fairy fashion godmother. Rather than shelling out the big bucks for a fancy dress you’ll probably only wear once, the website lets you rent designer dresses for a fraction of the price (case in point: you can borrow the below Badgley Mischka dress for just $70 – the retail price is a whopping $795). But now the service is expanding beyond just formalwear. Need something business appropriate for an important meeting? RTR has you covered. How about some new duds for your Mother’s Day brunch? They’ve got your back there too.

The rental company has some pretty big plans for the coming year. Not only will they be expanding by way of product variety, the company is also opening more brick-and-mortar locations (they already have four). A Chicago location is slated to open later this week. Jennifer Hyman, RTR’s co-founder and chief executive officer also says they’re scouting possible locations in Los Angeles, Houston and Boston. She hopes to open 15 locations in total. While a real-life experience is what she’s after, Hyman envisions the locations to serve more as showrooms than retail outposts. You’ll book an appointment and head there to try things on and decide which dress you actually want to borrow.

Additionally they also now have an unlimited subscription service that’s beginning to gain traction (it officially launched last summer). Users can rent three handbags, sunglasses, scarves, outwear, hats and jewelry at a given time. If you want to add dresses to the mix, the price rises to $99 per month.

Now, about Rent the Runway’s expanded selection of clothing – starting Thursday you can expect to see designers like Derek Lam, Nina Ricci, Giambattista Valli, Carven and Opening Ceremony featured on the site. In regards to the ready-to-wear pieces, we’re seeing this as a huge asset to the company – especially for those recent grads who might not have much of a professional wardrobe yet. Have a couple of interviews scheduled throughout the week? It might be wise to dip into that graduation money to rent a few business-appropriate pieces.

Still, the activewear is something we’re not totally sold on. Athleisure to borrow? We might be able to get down with that. But if the site is planning to rent pieces like yoga pants and spandex tops, sharing sweat with a stranger doesn’t sound super appealing – even if it is washed in between wears. That being said, the brand has yet to reveal all the sportswear they’ll be renting out so who knows, we could end up being pleasantly surprised.

Hyman tells WWD, “We’re modernizing the way people get dressed. Fashion to date has been extremely binary — the only choice is that you buy something and have it forever or you can’t have it ever. Shouldn’t there be other options?” We think so.

**Update (4/30): Rent the Runway has since clarified that their sportswear expansion will not include activewear but rather separates like this Elizabeth and James crop top and patterned pencil skirt. If you want some new workout duds, it looks like you’ll just have to stick to buying them the old-fashioned way (which is probably a good thing).

Have you ever used Rent the Runway? How did it work out for you? Share with us in the comments below.

(Photos via Rent the Runway, Mashable)