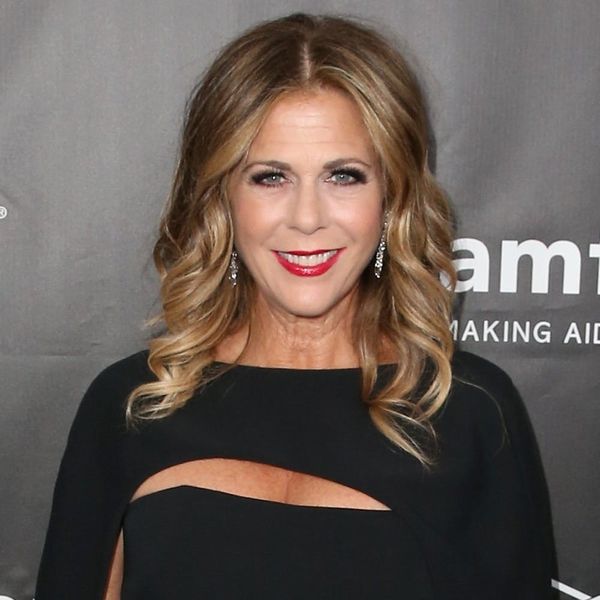 It would be difficult to pick our all-time favorite scene from Sleepless in Seattle, which marks its 25th anniversary today, June 25. But if we had to choose our top five moments from the classic rom-com, they would probably include a line that one of the movie’s stars, Rita Wilson, just revealed wasn’t originally part of the script.

Wilson appeared in the 1993 film as Suzy, the sister of Sam Baldwin (Tom Hanks). When Suzy and her husband Greg (Victor Garber) visit Sam in Seattle, Suzy finds out that Annie (Meg Ryan) wants to meet Sam at the top of the Empire State Building, just like Deborah Kerr’s and Cary Grant’s characters planned to do in An Affair to Remember. As Suzy tries to explain the plot of the 1957 romance to her brother and her husband, she’s moved to tears just thinking about it.

It’s a perfect monologue from start to finish, and although director Nora Ephron co-wrote most of it (and the rest of the movie) with her sister Delia Ephron, Wilson told Entertainment Weekly that she ad-libbed one part at the very end.

“I said, ‘Can I try something at the end of this scene?’ And [Nora] said, ‘Sure.’ She was really adamant that everything was said and spoken as written, so I didn’t know how she was going to feel about any improv,” Wilson recalled to EW. “But she said, ‘Okay, try something.'”

Wilson said she watched An Affair to Remember a few times before shooting and was struck by the wordless connection between Grant and Kerr at the end of the movie. So she worked that into the scene, improvising the line in the monologue where she describes how Grant sees his painting and then looks at Kerr and then “just…they know and then they hug!”

“I didn’t tell Nora I was going to do that, but I had in my mind that I wanted to complete that story,” Wilson told EW. “When somebody tells something about a movie, they always want to go into more detail than you want to know, so I thought that would’ve been a funny sort of thing. … I love that that stayed in the movie, that Nora kept it.”

What’s your favorite scene from Sleepless in Seattle? Let us know @BritandCo!