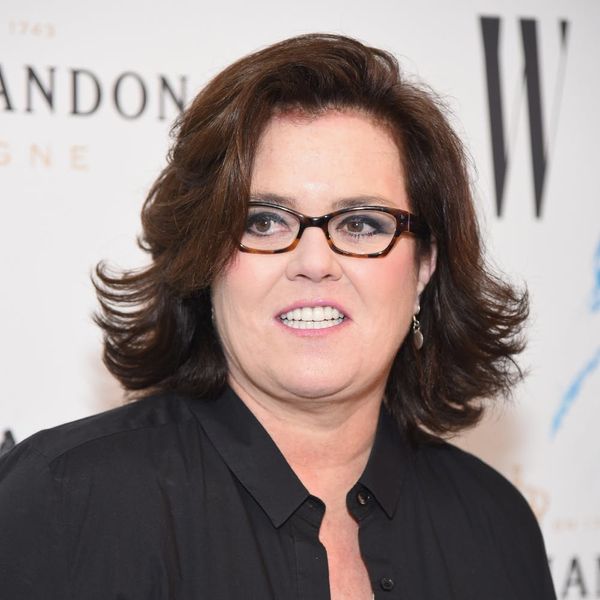 We’ve seen plenty of activism since President Trump has taken office, including a history-making marchthat spanned the entire globe. Celebs have led the charge in many cases — Lady Gaga stepped out in front of Trump Tower the night Trump was elected and, more recently, Caitlyn Jenner has offered up her thoughts on transgender issues. Now, Rosie O’Donnell (AKA wanna-be SNL Steve Bannon) is planning to lead an anti-Trump initiative right in front of the White House.

Thousands of folks are expected to show up tomorrow, February 28, for what is being dubbed as the Resistance Address, and, according to those organizing the event, headliner Rosie O’Donnell will be one of the many who want to send “a clear message outside of Trump’s front door that his agenda does not represent the values of the American people.”

“The rally will feature speakers from diverse organizations and groups of people who have been impacted and harmed by the Trump administration’s policies,” the statement continued, “including women, people of color and members of the LGBTQ+ community, as well as environmental and immigrants’ rights groups.”

Though it’s not surprising that Rosie O’Donnell will be making an appearance, as her dislike of Trump is well known, and through a nasty show of words online, President Trump has made it clear that any feelings of disdain are, er, mutual.

It will certainly be interesting to see what Rosie O’Donnell has to say this time around and, natch, how President Trump will react (though we’ve already got a pretty good guess *Tweet Tweet*).

What do you think about Rosie O’Donnell headlining an anti-Trump protest? Let us know @BritandCo!