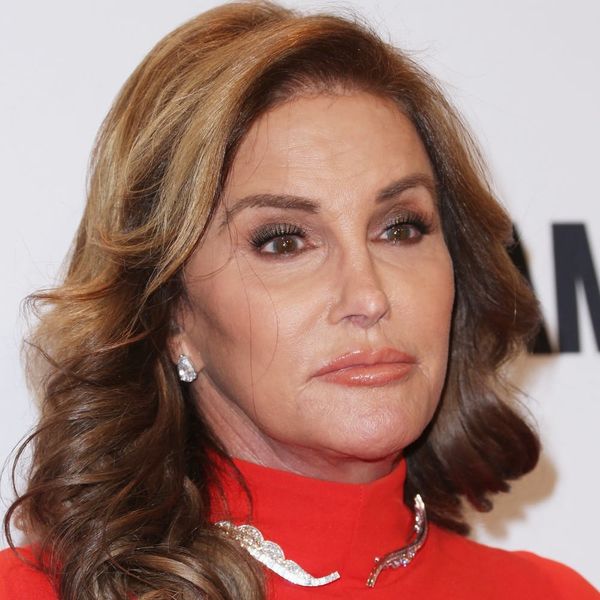 President Trump has implemented a lot of change since taking office in January, but one recent change in particular has celebrities up in arms. Following the announcement that federal protections for transgender students with regard to choice of bathroom would be revoked, Beyoncé shared her support of the LGBTQ community via Facebook, asking followers to share in LGBTQ org GLSEN’s 100 Days of Kindness challenge, while Jackie Evancho, who performed at President Trump’s inauguration despite having a transgender sister of her own, tweeted POTUS, asking him to meet with her and her sibling.

Now, one of Trump’s most famous LGBTQ supporters, Caitlyn Jenner, who has gone so far as to say that Trump would “be good for women’s issues,” in the past, is having her say on the matter.

Well @realDonaldTrump, from one Republican to another, this is a disaster. You made a promise to protect the LGBTQ community. Call me. pic.twitter.com/XwYe0LNUOq

In a fired-up video message posted to Twitter to both the “trans kids of America” and the bullies who would keep them down, Jenner said the following (all while donning a pussybow blouse, a favorite of Melania Trump’s, no less). “I have a message for the trans kids of America: You’re winning. I know it doesn’t feel like it today, or every day, but you’re winning. Very soon we’re going to win full freedom nationwide and it’s going to be with Bi-partisan support. You can help by checking out the National Center for Transgender Equality and letting Washington hear you loud and clear.”

She then took on those who would block that path, including a very pointed jab at Trump’s pick for Attorney General, Jeff Sessions (who has notoriously voted against LGBTQ rights). “Now I have a message for the bullies. You’re sick. And because you’re weak you pick on kids, you pick on women, or anyone else you think is vulnerable. Apparently, even becoming the Attorney General isn’t enough to cure some people of their insecurities. As proof, the Supreme Court will soon hear a very important Title IX case, thanks to the courage of a very brave young man, Gavin Grimm. Mr President, we’ll see you in court.”

Finally, the Olympic gold medalist addressed Trump directly, saying, “From one Republican to another: This is a disaster. And you can still fix it. You made a promise to protect the LGBTQ community. Call me.”

While the reality star is clearly taking a firm stand against Trump in support of the community, it wasn’t enough for some, who were angered that it has taken her this long to do so, leaving Twitter running rampant with criticism.

The dramatic irony in Cailtin Jenner being a Trump supporter now is too good. However, the terms that lead to her "regret" are fucked up.

Am honestly done w Caitlin Jenner how are u surprised at Trump's LGBT discrimination ?? Don't be a republican if you don't like it…

Caitlin Jenner shocked and horrified by Trump's trans policy. One of many Trump supporters saying "WTF." Were you guys not paying attention?

Yikes! While we certainly understand the frustration, we ARE happy that Caitlyn is using her voice to stand up for the things she believes in — it’s never too late to stick up for those around you in need of help.

Do you think Caitlyn Jenner’s support comes too little, too late? Sound off over @BritandCo.

Nicole Briese
Nicole is the weekend editor for Brit + Co who loves bringing you all the latest buzz. When she's not busy typing away into the wee hours, you can usually find her canoodling with her fur babies, rooting around in a bookstore, or rocking out at a concert of some sort (Guns N' Roses forever!). Check out all her latest musings and past work at nicolebjean.com.
Controversy
Politics
Controversy Kardashians LGBTQ Politics
More From Politics