Ruth Bader Ginsburg Has Been Hospitalized After Falling in Her Office 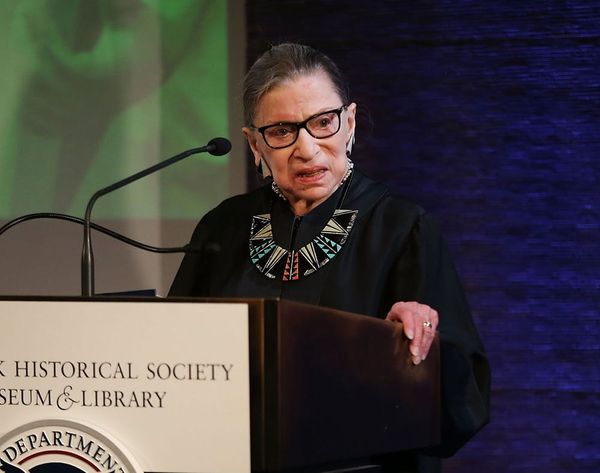 Supreme Court Justice Ruth Bader Ginsburg was admitted to the hospital on Thursday morning after falling in her office on Wednesday, November 7, and fracturing three ribs, the Court announced in a statement on Thursday.

“Justice Ruth Bader Ginsburg fell in her office at the Court last evening,” the statement read. “She went home, but after experiencing discomfort overnight, went to George Washington University Hospital early this morning. Tests showed that she fractured three ribs on her left side and she was admitted for observation and treatment. Updates will be provided as they become available.”

Ginsburg, 85, was appointed to the court in 1993 by then-President Bill Clinton. While she is currently the oldest justice on the court, she said earlier this year that she has no intentions of leaving anytime soon. Health is a priority for the Justice, who, as of last year, was actively taking part in twice-a-week workouts with an Army Reserves Sergeant personal trainer.

Justice Ginsburg has spent her career fighting for women’s rights. A documentary about her life was released earlier this year, and a feature-film biopic called On the Basis of Sex, starring Felicity Jones, is set to premiere in December. The film will tell the true story of Ginsburg’s remarkable career — including her fight to bring a groundbreaking gender equality case before the US Court of Appeals — and will feature music from artists such as Kesha, who penned a new original track inspired by Ginsburg’s story.

All our best to Justice Ginsburg for a speedy and healthy recovery!