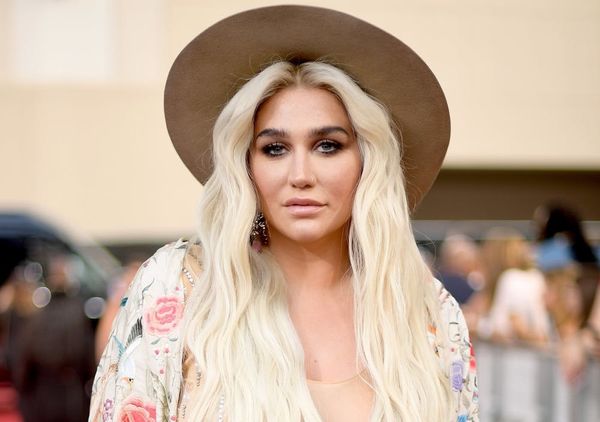 Kesha’s music has taken a turn for the personal with her most recent releases. For her new song “Here Comes the Change,” however, the singer looked outward for inspiration, penning lyrics inspired by US Supreme Court Justice Ruth Bader Ginsburg for the upcoming movie about her life, On the Basis of Sex.

“In watching the film I was struck by how much Ginsburg was able to accomplish in her life, and at the same time, how much more there is to do in the fight for equality for all people,” Kesha said in an op-ed for Refinery29.

“It reminded me of — and strengthened — my belief that any single person can make lasting change, starting with one small action. I wanted to do what I could to pay tribute to Ginsburg, who has spent a lifetime fighting tirelessly for equality, with no signs of slowing down. I wanted to make my voice heard, too.”

The song — which opens with the lyrics “One day I’ll be gone/The world will keep turning/I hope I leave this place better than I found it” — is meant to empower others to also find their voices and enact change, even if it seems small. “Sometimes the troubles of the world are so overwhelming, it is paralyzing,” Kesha wrote. “And it’s true: One person may not be able to fix every problem. But we can certainly leave things better off than we found them.”

The lyric video for the song was made in collaboration with HeadCount, a nonprofit, non-partisan organization that works with musicians to encourage young people to vote.

The song comes three months before the release of On the Basis of Sex, starring Felicity Jones and Armie Hammer. Jones portrays a young Ginsburg in the film, which follows the US Supreme Court Justice’s remarkable career, including the trailblazing gender equality case she brought before the US Court of Appeals. The film will be in theaters on December 25.

What did you think of Kesha’s song inspiring by Ruth Bader Ginsberg? Let us know @BritandCo!