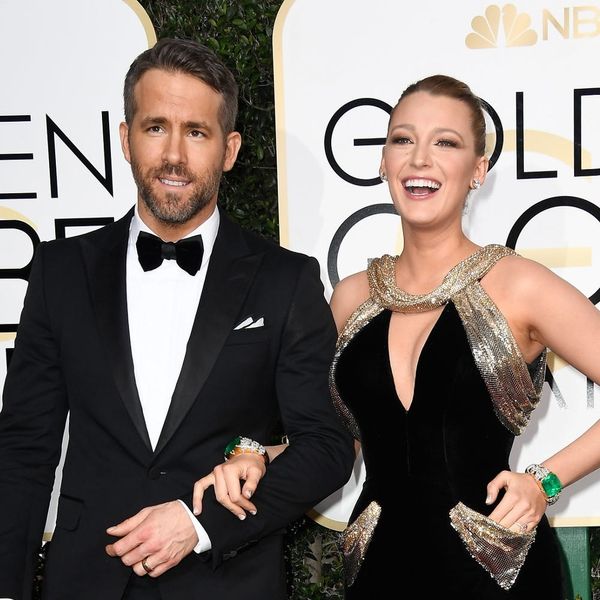 If you had any reason to wonder, Blake Lively has admitted what exactly it was that made her marry Ryan Reynolds (*swoon*), while her hubby has explained when exactly he new Lively was the one (*double swoon*). And though they may be total #relationshipgoals in plenty of ways, Ryan Reynolds has just revealed what he thinks about Blake Lively kissing other actors… and it’s probably not at all what you’d expect.

Chatting with the peeps over at Harper’s Bazaar, the Deadpool actor was asked if he ever gets bothered by his wife, Blake Lively, kissing other actors. Not that Lively goes around randomly kissing men (ya know, like Reynolds does), but her job as an actress often requires a little on-screen smoothing.

Reynolds replied, “I don’t mind that as much. I don’t mean that in a creepy way. What people don’t realize is, there are 50 or 60 tired, hungry, overworked crew members standing directly behind them.” He can, though, relate with his own roles, saying, “But the Deadpool one, I remember shooting it and thinking, ‘This is going to be tough playing in the headrest of every seat on a plane.’” True dat!

How would you feel if your partner had to kiss others peeps for their job? Let us know @BritandCo!