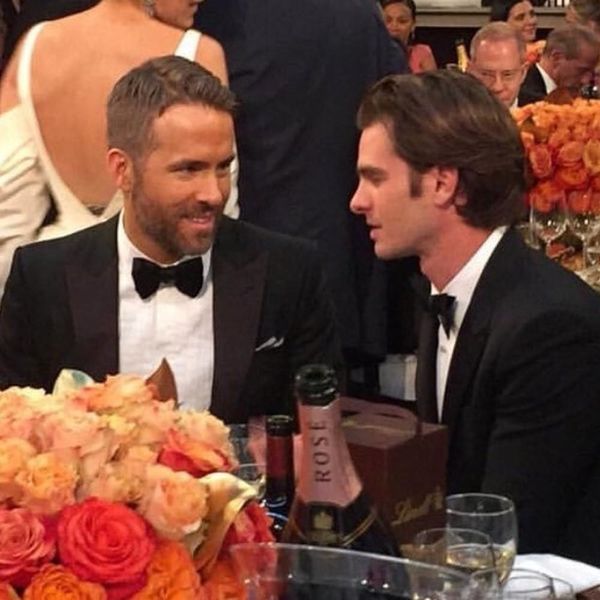 Ryan Reynolds may have lost the Golden Globe last night to Ryan Gosling (who took home the award for La La Land), but the former Ryan was cheered up by sharing a big ol’ smackeroo with Andrew Garfield (who was also totally showing the love for ex, Emma Stone). That’s right — as Gosling stepped up onto the stage, the two other actors were spotted in their seats reaching over for an enthusiastic kiss. Mwah!

the kiss heard around the world pic.twitter.com/hUw67YOYU0

ryan: are u familiar with spideypool u should totally star in deadpool 2 let's make out
andrew: uh
blake: ryan u just met him 5 seconds ago pic.twitter.com/i7UlqOX1a4

At least now we know that #SpideyPool is real. #GoldenGlobes That's a classy way to lose an award. #LoveWins #Deadpool pic.twitter.com/CiSplwkMj7

Did you spot Ryan and Andrew’s kiss last night, or are you just finding out about it now? Tweet us @BritandCo!