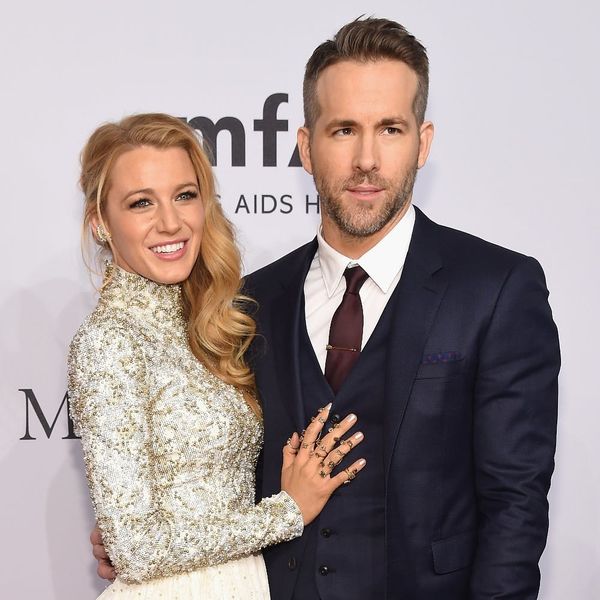 There are plenty of reasons why Blake Lively might have fallen for Ryan Reynolds, and eventually decide that he was the ONE. Perhaps it was how hot he is, or maybe it was his wild sense of humor that won her over. Maybe it was how friggin’ hot he is. It could have been their similar career paths. Or there’s a chance it was because he’s really freakin’ hot. Perhaps it’s all of those things wrapped up (in his super-toned bod) that make him Blake’s best friend, and that is, in fact, why she knew she wanted to spend her life with him.

Talking to Marie Claire in a new interview, Blake reveals various deets about her new film, The Shallows, as well as her family life with Ryan and toddler daughter, James, with a new baby on the way. “I knew he would always be my best friend for my whole life. That was the biggest thing to me. I’d never known anything like the friendship that I had with him. I could like him as much as I loved him.” Too sweet!

Blake also revealed that “Ryan had a nice, normal upbringing, and we want our kids to have the same normal life that we had.” As lovely as that is, what about the jet-setting life and toy-store-like playrooms they could provide for their kiddos? It turns out that that’s not what Blake and Ryan want for their little ones. They want, instead, to provide them with the happy kind of lives they themselves enjoyed while growing up. “We don’t ever want to rob them of what we had, because we’d feel really selfish.”

It sounds like Blake and Ryan are loving their lives together as much as they love each other.

Are you best friends with your love? Tweet us @BritandCo!