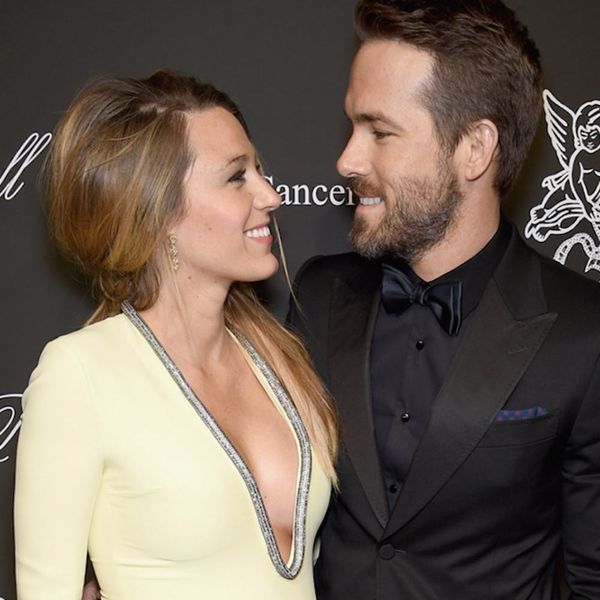 Is there such a think as #BlakeEnvy? ‘Cause we think we’ve got it. And not just for her shoe closet! She and husband Ryan Reynolds are one of Hollywood’s cutest couples, and the photo Blake posted on the weekend definitely won’t do anything to change that thinking. Sitting on a promotional throne for Ryan’s upcoming movie Deadpool, Blake deadpans while Ryan playfully gets in a boob grab, looking off to the side and smirking. How hard do you think his movie alter ego was rolling his eyes at the adorableness?

“Two Deadpools, one cup,” Blake captioned it the photo, along with a string of emojis being used to promote the film.

Lively has eagerly been supporting her husband in this role, having previously called Deadpool the “Best. Movie. Ever.” on Instagram after a private screening of the film. And while we’ll for sure see the movie, we’d prefer a front row seat to more episodes of the fun that is Blake Lively and Ryan Reynolds, please.

Would you be able to keep a straight face like Blake in this shot? Let us know on Twitter at @britandco!

(Photo via @blakelively and Dimitrios Kambouris/Getty)