Proof That Sarah Michelle Gellar + Freddie Prinze, Jr.’s Daughter Is the Next Buffy 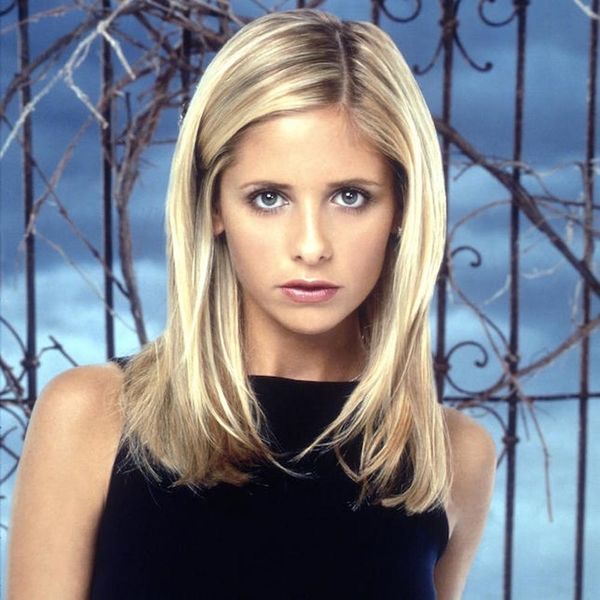 It was 2002 when Buffy Summers and Zachary Siler — ahem, we mean Sarah Michelle Gellar and Freddie Prinze, Jr.— walked down the aisle, and every teeny bopper and child of the ’90s everywhere rejoiced. Well, 13 years of wedded bliss later, their union has resulted in the two kiddies, Charlotte Grace and Rocky James. Charlotte Grace is five years old now, and from the looks of it, the apple doesn’t fall far from the tree.

Proud dad Freddie recently shared some absolutely adorable photos of daughter Charlotte sparring with him at Gracie Academy, a global jiu jitsu organization with schools all over the world, in a tweet. He captioned the pics: “#TuffChix she controls the arm and executes the trap and roll. #BullyProof #GracieAcademy.” Yup, the girl definitely looks #bullyproof. I mean, just look at that defense.

And one pic later (+ we imagine, one swift move), she’s got her dad pinned to the ground. Clearly, Charlotte inherited some of her mother’s butt-kicking ability. We give that maneuver a 10/10.

Her mom retweeted the pics along with one awesome hashtag. Look out, world, little Charlotte may be following her mama’s footsteps in slaying some mean old vampires someday.

What do you think of Charlotte Grace’s jiu jitsu moves? Tell us in the comments below!

Kimberly Wang
Kimberly Wang writes about all things pop culture, tech, style, and beauty. She's a Bay Area transplant and has an MFA in Creative Writing from Columbia University. On a sunny New York day, you can find her hanging out with her mini schnauzer Isabelle Jellybean on a blanket in Central Park.
twitter
Parenting
twitter
More From Parenting