‘Saved by the Bell’ Makeup Is Coming, and Cue the Nostalgia 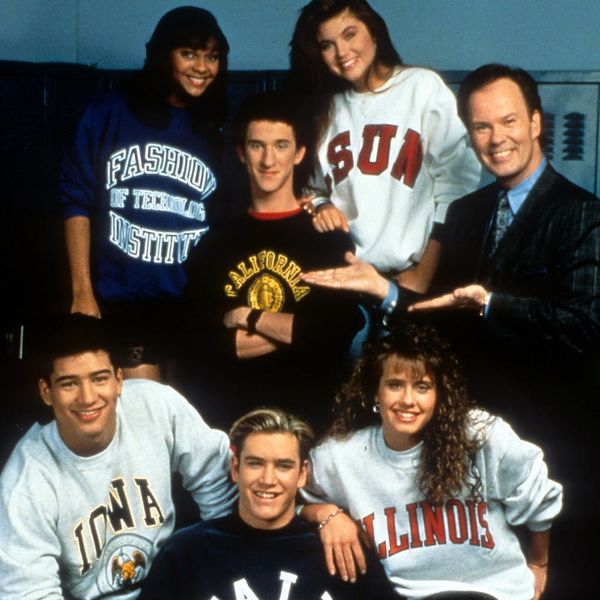 It’s been nearly 30 years since Saved by the Bell first aired (!), but the popularity of the show about the trials and tribulations of a ragtag group of teenagers and their beloved school principal certainly hasn’t been dwindled (see the success of the show-based pop-up eatery, Saved by the Max, for proof!). You’ll soon have another chance to revisit your glory years spent with Zack, Screech, AC Slater, Kelly, Lisa, and Jessie, however, as makeup based around the series is officially on the way!

Indie makeup brand Sola Look is releasing a Saved by the Bell makeup collaboration, teasing the February 3 release on its Instagram profile.

While there’s not much in the way of details yet, the uber-excited comments left on the brand’s post speak for themselves, with sentiments ranging from “Omg yesssssssssss! I need this in my life” to “This is EVERYTHING!!!” and “I’m so hype for this pallet OMG.”

Even fellow makeup company Storybook Cosmetics chimed in with, “For the love of Zach Morris. THIS IS EPICCCCC! I’m literally Jessie Spano on caffeine pills right now. I’M SO EXCITED!!!”

As you may recall, Sola Look was the genius force behind those Dirty Dancing ($36) and Flashdance ($32) makeup palettes too, both of which received rave reviews.

Given the evidence, we’ve got a sneaking suspicion the SBTB release will follow suit, to be presented in palette form. Here’s hoping we see Bayside colors such as Kapowski Khaki or Turtle Green, pulling through.

What was your favorite ’90s show? Tell us @BritandCo!

Shea Lignitz
Shea can be found in the nearest bookstore or brewery, exploring the great outdoors, or blasting Led Zeppelin. She grew up in the cold and rain of Northern California's redwoods but is currently wandering around Texas.
Beauty Products
Beauty News
Beauty Products Collaboration Halloween Makeup New Beauty Products TV
More From Beauty News