Say Buh-Bye to Your Fave Bodysuits: American Apparel Is Closing Its Doors 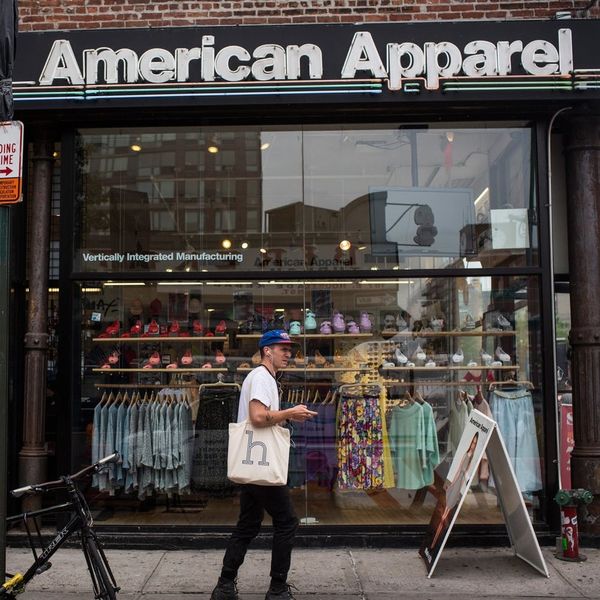 Pour one out for your favorite basics go-to as we know it: American Apparel is officially closing the doors to all 110 of its retail stores.

Following some brow-raising concerns for the once-booming brand, including bankruptcy, controversial ads, a fired CEO and outsourced production, which we reported on back in August, the inevitable has finally happened. Canadian brand Gildan (the same peeps responsible for Gold Toe socks and Anvil) has acquired the brand, and now, they’re shuttering AA’s brick-and-mortar staples, as well as its headquarters.

“They do have a plan, and that plan doesn’t involve US manufacturing and certainly not Los Angeles (which recently upped its minimum wage) manufacturing,” a chief investment banker unrelated to the company, Lloyd Greif, told the LA Times.

Instead, they’ll likely move the brand elsewhere: As the Times pointed out, if the company’s past business endeavors are any indicator, it may be headed to resellers such as Target or Kmart, though nothing is set in stone at the moment.

For now , the one thing we can count on is the fact that come April, we’ll be SOL should we need any neon leggings: womp, womp.

We have to say — we really are sad to see this one go. After all, we got some truly great things from them over the years (including these awesome Halloween throwbacks).

Are you sorry to see American Apparel go? Vote yes or no over @BritandCo.

Nicole Briese
Nicole is the weekend editor for Brit + Co who loves bringing you all the latest buzz. When she's not busy typing away into the wee hours, you can usually find her canoodling with her fur babies, rooting around in a bookstore, or rocking out at a concert of some sort (Guns N' Roses forever!). Check out all her latest musings and past work at nicolebjean.com.
Halloween
Style News
Halloween