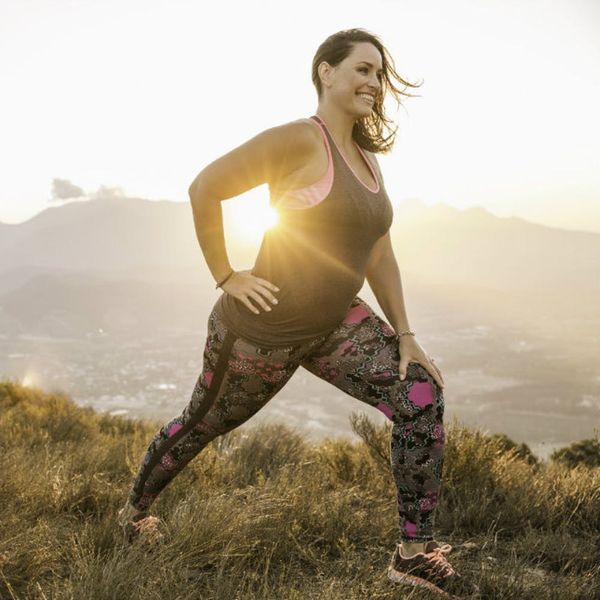 A few weeks into the new year, you’re still loving your fabulous new workout gear, sticking to an earlier bedtime, and cutting back on your booze intake. New Year’s resolutions? So far, so good. What happens, though, in February and March? If you tend to fall off the goals wagon two to three months after January 1, you’re not alone. A recent survey of over 2,000 Americans revealed — among other things — 23 percent of participants say two to three months is the *longest* they’ve ever maintained a resolution. See? We’re all in this together!

Here are a few of the other interesting findings from the survey. It feels good to know that for so many of us, resolutions can be just as frustrating as they are inspiring.

Since the results show that health- and fitness-related resolutions are most likely to both be made and forgotten, we reached out to Joselynne Boschen, lifestyle and fitness expert at health app Lifesum, for advice on how to stick with our goals beyond the critical two-to-three month point. Keep reading for Boschen’s top six suggestions.

KEEP CRUSHING YOUR 2017 GOALS… FOR THE REST OF THE YEAR

1. Write your goal down. You’re more likely to stay motivated to reach health goals when you take the time to spell them out specifically. What’s that you say — you already did write down your resolutions in December or January? If you’re struggling to maintain that resolution, maybe it’s time to leave a reminder for yourself in a place where you’ll see it more often. Consider sticking a Post-it note to your mirror or setting a daily alarm on your phone.

2. Consider your schedule. If you’re struggling to make time for meal prep or working out, sit down with your planner and think about how you can be more deliberate with your time. Now that you’re settling into the new year and are back in the groove at work, maybe it’ll be easier to make your health a priority.

3. Use the buddy system. “The people around you will directly affect your results,” Boschen says. “Be it someone that’s dieting and working out with you or someone that’ll ask you to be honest about the progress you are making, having another person invested in your journey really helps.” Fitness-tracking apps are a good option too, but Boschen discourages you from turning to any technology that focuses solely on calorie intake (phew!).

4. Build in mini-rewards. Your new and improved health regimen is definitely helping you save money — those ice cream runs and happy hours add up, after all. Once or twice a month, figure out how much cash your (successful) resolutions are helping you put away, and use those funds to get yourself a massage, manicure, or even a new workout outfit. Did we mention we love this idea?

5. Keep your goals reasonable. We’re all strong ladies, so if insufficient willpower is the number-one reason that most of us quit on our New Year’s resolutions, maybe we should consider whether we’re setting attainable goals for ourselves in the first place. “If you’ve made a goal for the right reasons, you’ll be proud to work toward it,” Boschen says. “Deprivation leads to hiccups or failures, so don’t cut out everything you love to meet a difficult target.”

6. Make the calendar work for you. When it comes to meeting any health or fitness goal, Boschen says it’s important to set deadlines. Consider breaking your New Year’s resolution down into smaller pieces and assigning a shorter-term date to each. Your bigger picture goal will feel more within reach, and you’ll be less likely to give up!

Why do you lose motivation to stick to your New Year’s resolutions? Tweet us @BritandCo!

Alli Hoff Kosik
Alli Hoff Kosik is a freelance writer who is passionate about reading, running, rainbow sprinkles, her lipstick collection, watching embarrassing reality TV, and drinking pink wine. She lives in Brooklyn with her husband and (in her dreams, at least) three golden retriever puppies. Listen to her talk books on The SSR Podcast.
Fitness
Health
Fitness Healthy Living Productivity Workouts
More From Health