Scientists Prove That Your Cat Really Does Love You Back 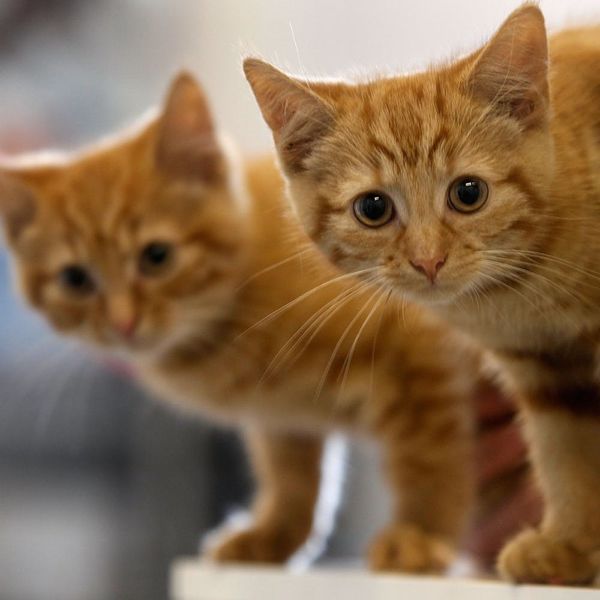 There’s no doubt that cats can seem more aloof than our puppy friends, providing material for plenty of jokes about their indifference, their sauciness, and their possible superiority complex. Though, TBH, we tend to focus on their over-the-top cuteness (check out Emma Watson’s kitten-filled interview for a prime example). But if you’ve ever wondered if your feline friend has as much love for you as you have for them, science now says that they do.

The people over at Oregon State University recently conducted a study which attempted to determine which stimulus cats preferred. While first noting that “it is still common belief that cats are not especially sociable or trainable,” the scientists believe this “disconnect may be due, in part, to a lack of knowledge of what stimuli cats prefer.”

Attempting to find out what gets a feline’s interest and what they’re attracted to, the university folks found that “although there was clear individual variability in cat preference, social interaction with humans was the most-preferred stimulus category for the majority of cats, followed by food.” Gotta love that food is #2!

Do you have a cat (or two or three or more) in your life that you absolutely adore? Let us know @BritandCo!

Desiree O
Desirée O is a ‘Professional Bohemian’ who loves anything and everything related to the arts, entertainment, and pop culture. She ADORES being a ‘Newsy’ for Brit + Co, covering all of the latest tidbits of awesomeness that you want to read about. When she’s not writing, she’s either making messy art, going on long adventurous walks with her camera, or poking around over at bohemianizm (http://www.bohemianizm.com/). You can find out about Desirée O and her work at http://DesireeO.com/ or follow her on Twitter @DesireeO.
Cats
Entertainment
Cats
More From Entertainment