The Best and Worst Shark Tank Products Ever 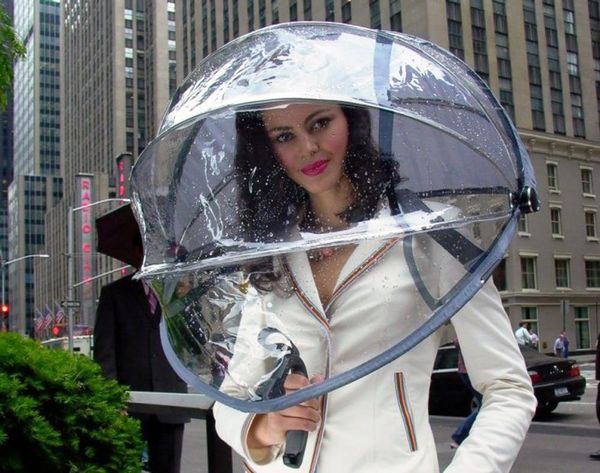 Shark Tank is pretty entertaining television. There’s money at stake, crafty business ideas and Mark Cuban. But all commercial breaks aside, for the entrepreneurs and the investors, it’s all business. Some ideas on the show are those “Why didn’t I think of that?” pitches. Others remind you of late-late-night infomercials that you swear are SNL spoofs. Good or bad, the pitches and products are certainly captivating, so we put together some of the best and worst ideas to come out of Shark Tank so far.

1. Coffee Joulies: These stainless steel coffee beans cool down your piping hot coffee or tea to the ideal sipping temperature of 140 degrees, and then magically, the temps stay there! Okay, it’s not magic, just science. The metal captures the heat of your super hot drink and stores it until the drink starts to cool too much, then the heat is released again. With four Sharks on board after the show, the Joulies have certainly made a name for themselves in the beverage business.

2. Tree T-Pee: This is a product after our own heart (and pretty much anyone who watched Johnny George’s pitch). George’s father invented the T-Pee, and it’s been Johnny’s mission to sell it to farmers everywhere. The concept is simple: a plastic cone surrounds the base of a tree so when it’s watered the water stays within 30 inches of the tree rather than the 12 feet of a sprinkler. In one year a farmer can save thousands of gallons of water not to mention money on fuel and herbicide. After getting his funding on Shark Tank, Johnny’s even made a deal with Home Depot.

3. Scrub Daddy: Word on the street is this little happy sponge is worth every penny. Scrub Daddy is a heavy duty, scratch-free sponge perfect for tricky spots to clean — looking at you, muffin pans. Raking in $18 million within the first 18 months after its Shark Tank episode, Scrub Daddy has exceeded even the inventor’s expectations.

4. Nubrella: It may not get you many fashion points, but this hands-free umbrella is built for more than a Sunday drizzle. The Nubrella can withstand 35 mph winds and protect against the cold and the rain from your shoulders up! If you’re in the midst of a soggy spring or another Polar Vortex, this could help you weather the storm. Sharper Image has even agreed to carry it!

5. Wild Friends Nut Butter: Two friends in a college apartment run out of peanut butter. Then, they create a masterpiece. Blending together odds and ends, they created something better than they’d ever tasted from a Jif jar. From Kickstarter to Shark Tank, this butter has been nothing but successful. It even got an endorsement in O Magazine, and if that doesn’t mean you’ve made it, we don’t know what does. Did we mention they have sunflower butter? YUM.

1. Wake ‘n’ Bacon: Most people would love to wake up to the smell of bacon, so for a hot minute the idea of an alarm clock that cooks bacon when it goes off sounds pretty delish. But just for a second, because that would mean that you’re sleeping next to raw, unrefrigerated meat all night. And what if you oversleep? You risk waking up to the smell of raw defrosted bacon or burnt bacon. We don’t think it’s worth the risk of health or fire, and neither did the Sharks. The pig face is pretty adorbs though.

2. UroClub: We’re still hoping this is a joke. But it’s not. For those long days on the golf course with no bathroom in sight, just pull out your (not-so) discreet UroClub and just use it as your “receptacle.” There’s even a towel for privacy, in case anyone is wondering what you’re doing with a golf club when you’re not golfing. And obviously, it’s only for men. Inventor Dr. Floyd Seskin somehow walked away with the money he wanted, even if it does turn into a Father’s Day gag gift.

3. Plate Topper: In terms of product, Michael Tseng has created something people want and need — a lid for any plate to create an airtight container. Tupperwear begone! But Tseng’s attitude was something the Sharks could have done without. QVC queen Lori Greiner gave Tseng the go-ahead on air (in spite of fellow Sharks backing out on account of Tseng’s disagreeable demeanor). But when the cameras stopped rolling, Greiner called it quits as well. The bad idea here wasn’t the plate; it was the personality.

4. Throx: It’s “The Cure for the Missing Sock.” One pack holds three socks, so if you lose one, you still have a pair. But we’re wondering why not just by two pairs at a time? It’s cute for a novelty product circa Spencer’s Gifts maybe but with no patent, the Sharks wanted nothing to do with it. When it comes to footwear, not all good things come in threes.

5. Squirrel Boss: You see a squirrel outside hogging all the seed from your bird feeder, and you just wish you could zap it! We’ve all been there, right? No? Inventor Michael J. Desanti was hoping you had been, because he invented the first “interactive squirrel-proof bird feeder.” With the press of a button, you can zap the feeder with a “harmless” static shock. Desanti was denied a patent, and when the Sharks tried it out they found the jolt a little too strong. They all passed on the deal, and squirrels everywhere rejoiced.

What’s your big idea for Shark Tank? Pitch it to us in the comments!

Katelan Cunningham
Katelan is a tech junkie obsessing over all things startup and design. She has entirely way too many apps on her phone and is no stranger to binge-watching. She accidentally fell in love in Los Angeles and that’s where she currently lives, writes, tweets and grams.
Tech
More From Tech